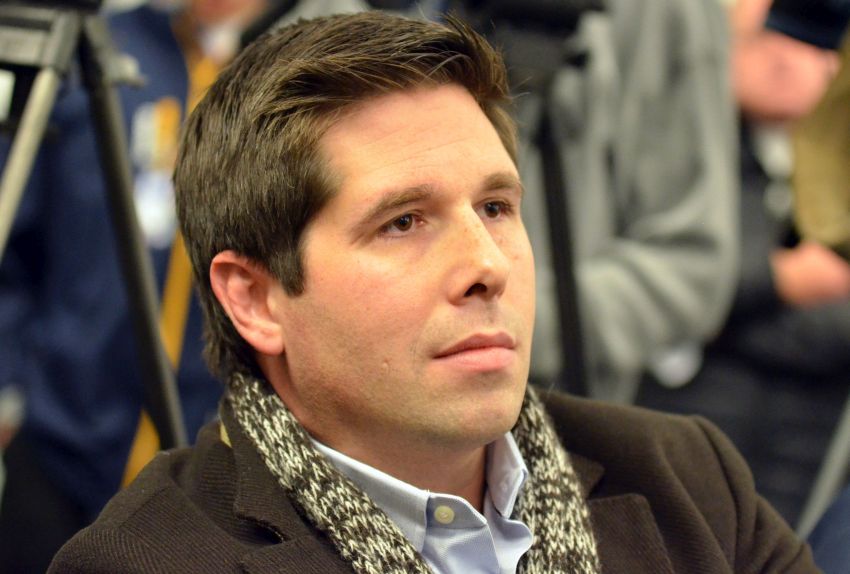 Jarkko Ruutu has retired from his European team, according to Eliteprospects.com, meaning one of the greatest NHL pests of the last 15 or so years is finished. The 39-year-old Finn left the NHL almost four years ago after 652 games and an indelible mark as a supreme agitator.

When Ruutu played for the Ottawa Senators, the Sabres’ opponent tonight, he bit tough guy Andrew Peters’ thumb on Jan. 6, 2009. Yes, bit him.

Here’s what I wrote also six years ago during the aftermath of Ruutu’s chomp.

“There was bites in the 80s,” Ruff said Wednesday, hours before the NHL suspended Ruutu two games without pay for the incident. “I witnessed a few. I saw one teammate get bit right in the back. Cannibalism was (around) back then, too, and it’s here, too.”

Colin Campbell, the league’s discipline czar, conducted a phone hearing Wednesday morning with Ruutu, who’s in Boston for the Senators’ game tonight against the Bruins, before making his decision. The veteran forfeits $31,707.32 in salary, according to an NHL press release.

“I accept the ruling,” Ruutu said through a team official. “I feel that (Peters) put his glove in my mouth with intentions to injure me. There was no intent to hurt him, just get his thumb out of my mouth.”

Having viewed some biting prior to Tuesday puts Ruff in the minority. Few people, including Peters, had seen one hockey player bite another, let alone in view of more than 18,000 spectators and a North American television audience. Maybe that’s why the incident stunned so many and is generating scads of attention.

About 13 minutes into the Sabres’ 4-2 win over the Senators here, after Ruutu received a face wash as the two started fighting, the Finn bit Peters’ gloved thumb. The tough guy then skated away in agony, shaking his hand and howling. Ruutu wasn’t penalized. Peters returned to the game with a bandage, something he’s still sporting.

“It’s weird to even think that happens in hockey,” Peters told another horde of reporters at HSBC Arena. “Even in my role, I would never even think of doing something like that, especially when I’ve had probably more opportunities to do that when you’re in a fight and in tight with a guy.”

Replays of the episode are everywhere. Clips posted on Youtube.com had about 300,000 views as of early Wednesday night. ESPN’s “SportsCenter,” which mostly shuns hockey, dedicated 2 ½ minutes to the incident.

It’s generating almost as much interest as the Sabres/Senators brawl from two seasons ago, which featured goalies Martin Biron and Ray Emery fighting.

“It’s something good to talk about,” Ruff said of why it garners so much attention. “Games need a little bit of spice and they get a little spice.”

“We need a lot more attention on “SportsCenter” than biting,” he said. “ … It just doesn’t look good on the game is what it comes down to. I’m just sorry it happened. There’s a lot of kids out there watching, and it sets a bad example.

“We’re supposed to be role models,” he said. “You know, things happen on the ice, and that’s part of the game. What happened (Tuesday) isn’t.”

Ruutu obviously denied he bit Peters after the game. Craig Hartsburg doesn’t think his player did, either, and the Senators’ coach repeated his belief Wednesday.

“I don’t think he bit him,” Hartsburg said in Boston before the league announced the suspension. “Ruuts says he didn’t. (Peters) shoved a glove in his face and came out of a pile jumping around. It’s hard to believe there’s anything wrong with him.”

“I don’t think that anyone really wants to admit to biting somebody,” Peters said. “That’s a pretty awful thing that he did. … I’m not the kind of guy who would make something up like that. I’m a pretty honest guy.”

Ruff, who said after the game he didn’t want to see a replay, has watched one and believes Ruutu bit Peters. But he doesn’t want the incident overblown.

“I find it a little humorous, to tell you the truth,” Ruff said. “It’s something I said (Tuesday) I think is irrelevant. In his case, with Andrew’s thumb looking the way it is, it’s hard to deny something didn’t happen.”

Ruutu has long held a reputation as one of the league’s biggest pests. The league suspended him two games earlier this season for elbowing Montreal’s Maxim Lapierre.

“As long as I remember he was like that,” said Sabres defenseman Toni Lydman, who played with Ruutu on HIFK Helsinki in Finland in 1998-99. “He’s pretty good at that.”

Being an agitator is part Ruutu’s job description, Ruff said. But did he cross the line?

“(Do you) call a guy that bites dirty?” he said. “I don’t know if that makes you dirty. Dirty used to be you elbow a guy behind the play, stuff like that.”