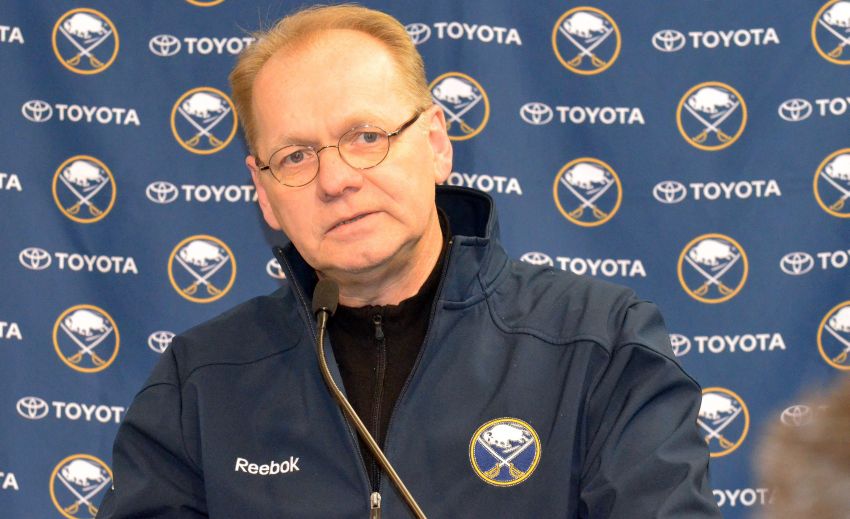 BUFFALO – On Wednesday, CBC’s Elliotte Friedman tweeted he was hearing the Sabres would be willing to keep some of star winger Thomas Vanek’s $6.4 million salary if they found a trade partner.

A fired-up Regier said today someone recently emailed him – he didn’t say who – asking him if the Sabres would do that.

“My experience is you don’t answer those emails, whether they’re true or not true,” Regier said inside the First Niagara Center. “There’s no benefit in me answering them. That email, there’s nothing going on, first of all. So it’s a misleading email. There isn’t a player in the National Hockey League, if the right deal was there, a team wouldn’t take some money back on. It applies to everyone.

“So it’s a rather pointless thing to say. So it’s available across the league. It’s part of the new CBA. If you want to offer enough, another team’s going to take money back. It’s doesn’t matter who the player is.”

Vanek has been the subject of trade speculation for months. Regier said Wednesday the window for trading Vanek and goalie Ryan Miller is closed right now.