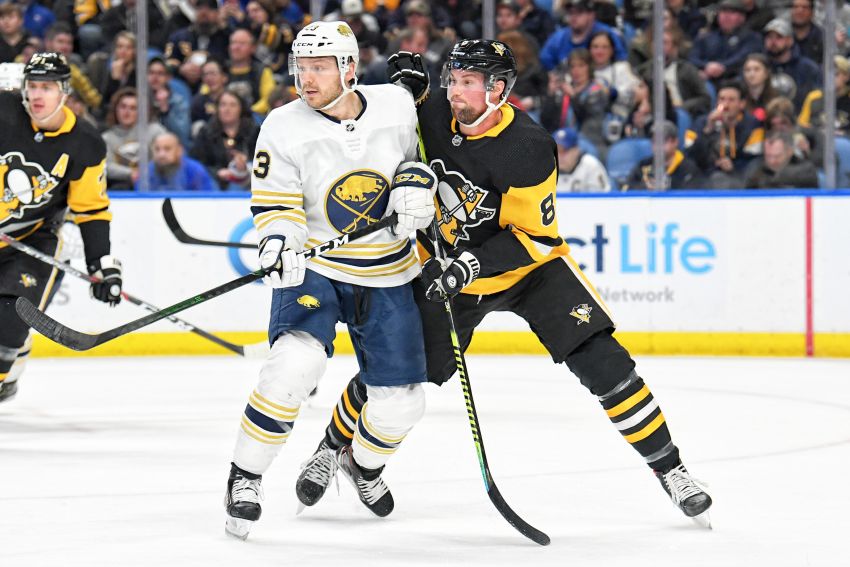 Sam Reinhart (23) and the Sabres were scheduled to play in Montreal tonight. ©2020, Micheline Veluvolu

The COVID-19 pandemic forced the NHL to suspend its season indefinitely today.

The league announced the decision following a conference call with its Board of Governors and less than a day after the NBA suspended its season after one its players tested positive for coronavirus.

“In light of ongoing developments resulting from the coronavirus, and after consulting with medical experts and convening a conference call of the Board of Governors, the National Hockey League is announcing today that it will pause the 2019-20 season beginning with tonight’s games,” NHL commissioner Gary Bettman said in a statement.

The Buffalo Sabres have 13 games remaining this season. They were scheduled to play a road game against the Montreal Canadiens tonight and host the Boston Bruins on Friday.

Ominous signs emerged this morning the NHL would be pausing its season. Teams across the league canceled their morning skates. The Sabres announced they would not be holding a scheduled team meeting.

It’s unclear how the NHL will proceed. If the league can continue its season, players will need some sort of brief “training camp.” The playoffs are scheduled to start in one month.

“We will continue to monitor all the appropriate medical advice, and we will encourage our players and other members of the NHL community to take all reasonable precautions – including by self-quarantine, where appropriate,” Bettman said. “Our goal is to resume play as soon as it is appropriate and prudent, so that we will be able to complete the season and award the Stanley Cup. Until then, we thank NHL fans for your patience and hope you stay healthy.”

The Sabres have released the following statement:

“The health and safety of players, staff and fans is our top priority. The Buffalo Sabres are in full support of the National Hockey League’s decision to pause the season. We urge all community members to practice caution and strictly follow the CDC’s guidelines for preventing the spread of disease during this time. We will continue to provide updates as necessary.”

The Sabres announced tickets will be valid for the rescheduled dates. Fans can call 1-888-GO-SABRES or reach out to their account representative with any questions.