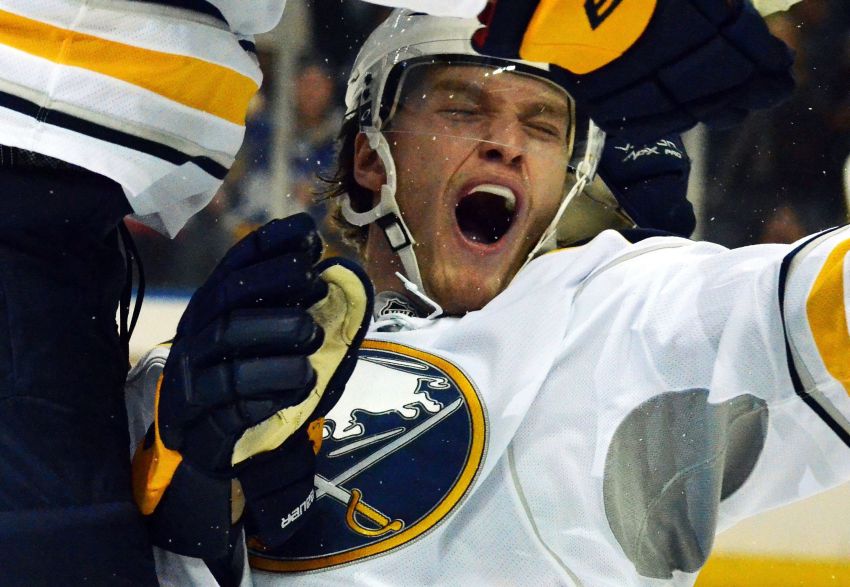 Mikhail Grigorenko’s rookie season was dismal by every measure, except for one. Goal celebration. The highly skilled Sabres’ first-rounder of 2013 (12th overall) scored just once during the truncated lockout season — Jan. 29 on a backhander against Toronto goalie James Reimer. But he didn’t get cheated on the celly, nor did I on the chance to shoot it. After popping in his shot, the overjoyed Russian made a bee-line for the boards, and my photo hole. This, I think, is what it feels like to score one’s first NHL goal.