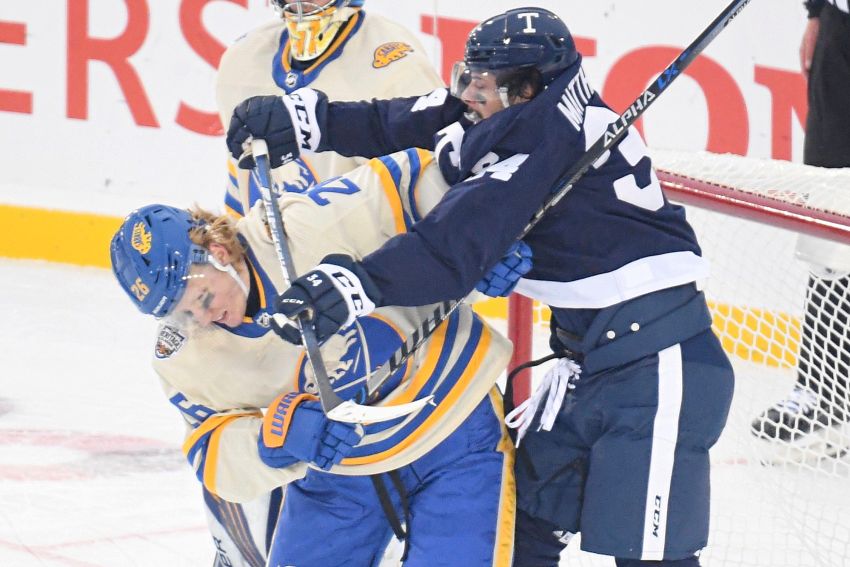 Following a shoving match between the stars around the Buffalo net, Matthews got up after being knocked down and retaliated with what the NHL Department of Player Safety called “a high, forceful cross-check.”

“While we acknowledge Matthews’ argument that this is not a cross-check meant to harm or injure his opponent, it also not a routine motion to box out an opponent or to gain body position,” the department said in a video explaining the suspension.

Both players received cross-checking penalties 14:55 into the third period of the Sabres’ 5-2 outdoor win at Tim Hortons Field in Hamilton, Ontario. Dahlin stayed in the game.

Matthews, the NHL’s leading goal scorer with 45, had never been suspended or fined before in his six-year career. The center had a hearing earlier today.

Dahlin and Matthews getting into it, Anderson playing peacekeeper #LetsGoBuffalo #LeafsForever pic.twitter.com/ffyB9jEo2y