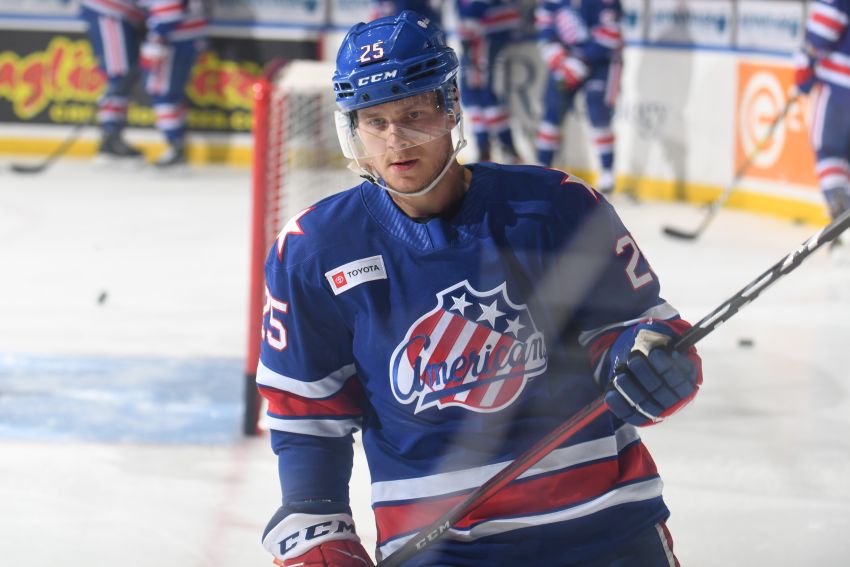 Arttu Ruotsalainen has been on a tear this postseason. ©2022, Micheline Veluvolu, Rochester Americans

For the first time since 2004, the Rochester Americans have won two series in the Calder Cup Playoffs.

After Ruotsalainen’s power-play goal tied it at the 3:21 mark, Malone put the Amerks up at 6:45, beating Utica goalie Nico Daws from above the right circle in Utica Memorial Auditorium.

Jankowski’s empty-net goal at 18:59 sealed the Amerks’ first regulation victory of the playoffs. Incredibly, they won their first four games 4-3 in overtime.

The Amerks, the Buffalo Sabres’ top affiliate, will play the Laval Rocket in the North Division final. The best-of-five series begins Sunday in Laval.

The Amerks also won the best-of-three play-in round against the Belleville Senators earlier this month.

The complete series schedule is below: