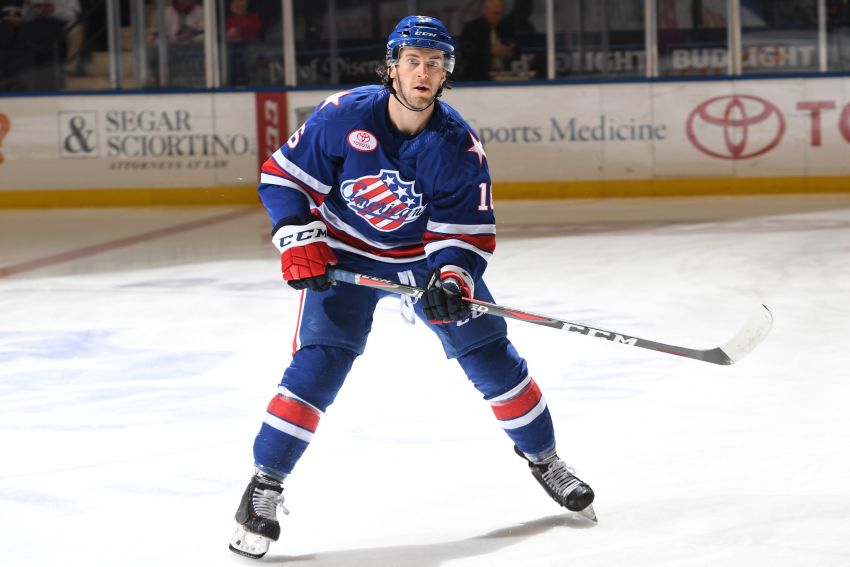 Taylor Leier has spent a chunk of his career in Philadelphia. ©2019, Micheline Veluvolu, Rochester Americans

Leier, 25, morphed into one of the Amerks’ top forwards following his Jan. 17 arrival from the Philadelphia Flyers organization, scoring 12 goals and 23 points in 35 games.

According to the Amerks, Leier had successful surgery this offseason. The team did not specify what kind of surgery he underwent.

Leier has recorded two goals and seven points in 55 career NHL games with the Flyers. The Saskatchewan native spent all of the 2017-18 season in Philadelphia.

The Flyers drafted Leier in the fourth round in 2012, 117th overall. The Sabres traded winger Justin Bailey to the Flyers for Leier.