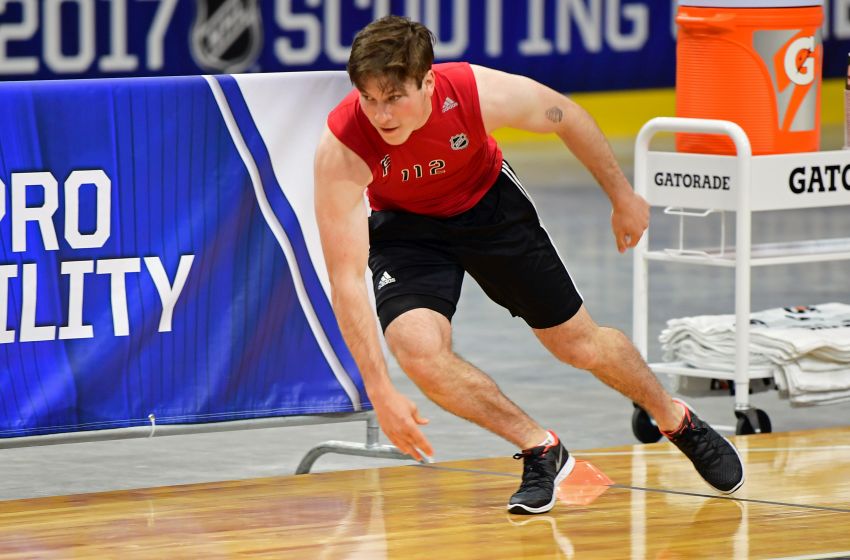 BUFFALO – Growing up in Winnipeg, top prospect Nolan Patrick’s allegiance changed whenever his uncle, former NHL player and coach James Patrick, switched teams. So for most of his childhood, he rooted for the Sabres.

“Buffalo was my favorite team growing up,” Patrick said this afternoon following fitness testing at the NHL Scouting Combine inside HarborCenter. “I watched them a lot. It was mostly my favorite team just because he was coaching there, so I was always kind of supporting where he was.

“He said he loved playing here and loved coaching here, so he’s got nothing but good things to say about Buffalo.”

When his uncle moved to Dallas in 2013, Patrick, 18, starting following the Stars closely.

Patrick, who could be drafted first overall June 23, had another good reason to root for Buffalo. His father, Steve, a winger, played parts of five seasons for the Sabres after they drafted him 20th overall in 1980.

Steve Patrick retired in 1986, so Nolan never watched him play.

“I know he fought more than me,” he said. “I think he was a lot tougher than I was. There wasn’t too many highlights back then of playing, just a few fights. Other than that, I don’t know too much of his career.”

Patrick, a high-scoring center, compiled 20 goals and 46 points in 33 games with the Western Hockey League’s Brandon Wheat Kings during an injury-plagued 2016-17 campaign.