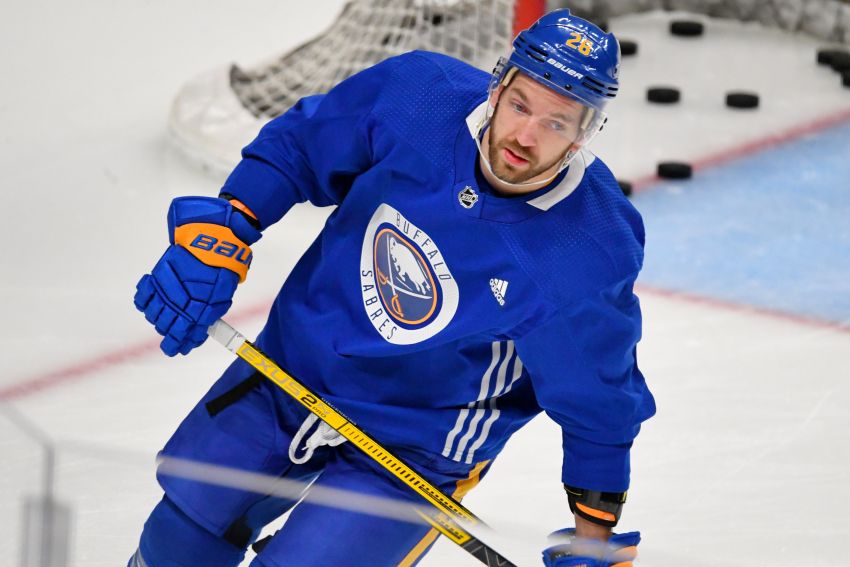 In the second period of Monday’s Buffalo Sabres scrimmage, Zemgus Girgensons eyed up Steven Fogarty as he carried the puck and tried to hit him inside the blue line.

Sabres coach Ralph Krueger said Girgensons, who was being examined as he spoke, suffered a “very questionable lower-body injury.”

“No final assessment because he is getting scanned right now,” Krueger said on a Zoom call.

Krueger said the Sabres “must be ready for possibly a bit of a setback.”

“Everybody saw the injury and the awkwardness of the situation,” he said.

The Sabres are already missing three players: captain Jack Eichel (upper body), winger Victor Olofsson (upper body) and goalie Linus Ullmark (quarantining because of an immigration issue). Krueger has said all three are day-to-day and he expects them back Wednesday following a day off.

“Zemgus’ package is specialized,” Krueger said. “It’s hard for us to replace.”

Girgensons, 26, signed a three-year, $6.6 million contract before the season. He scored 12 goals and 19 points in 69 games last season.

Canada will likely be playing for the gold medal Tuesday in Edmonton.

Cozens must quarantine for seven days upon his arrival in Buffalo, according to NHL rules. Krueger said a call for coaches and general managers was scheduled for later Monday to learn more about the COVID-19 protocols moving forward.