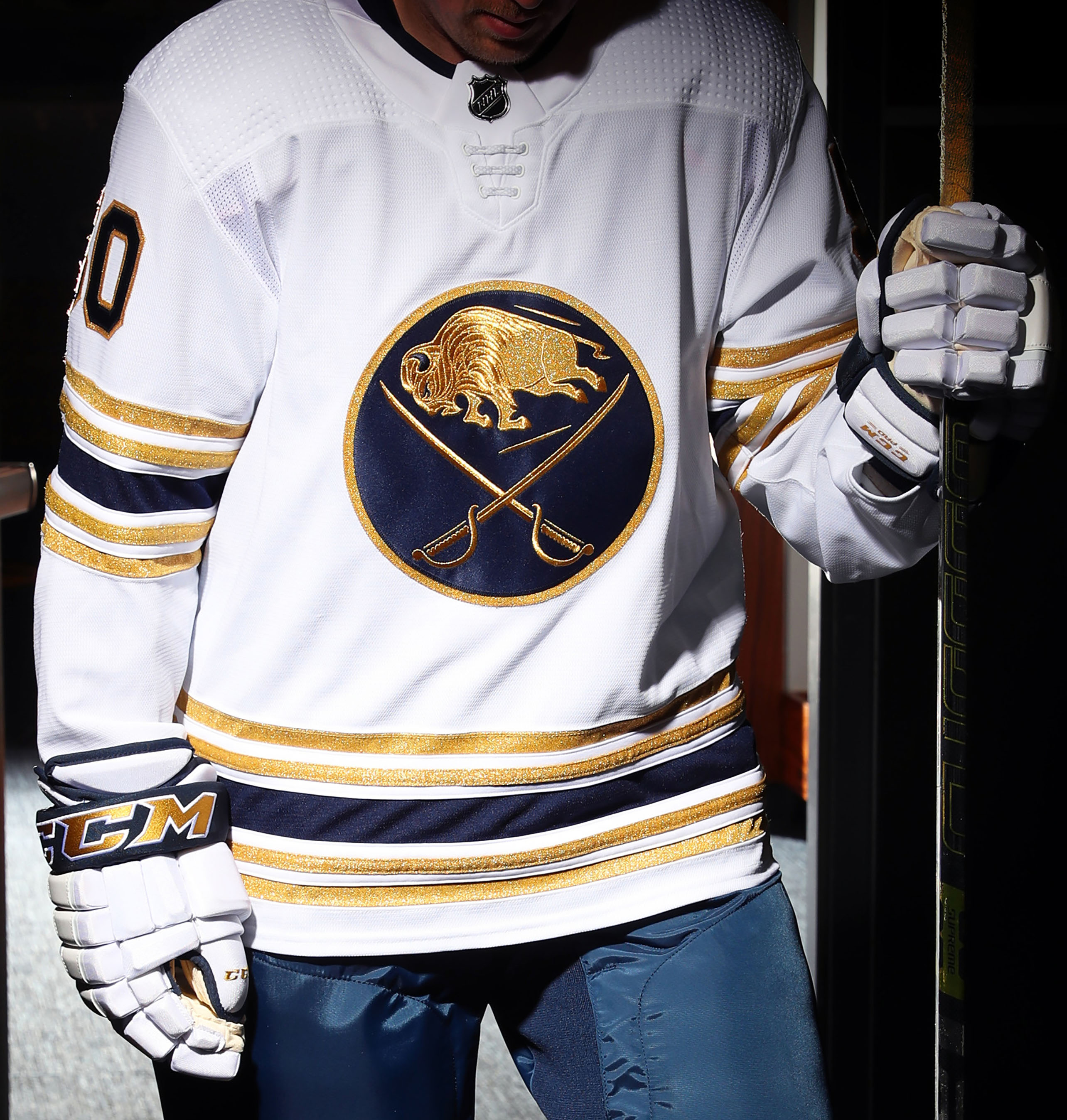 The Sabres will wear their new jersey 13 times this season. ©2019, Buffalo Sabres

The Buffalo Sabres’ commemorative 50th anniversary jersey has been unveiled.

The white alternate “Golden Jersey” the Sabres released this morning “pays homage to the past and celebrates 50 years of NHL hockey in Buffalo,” according to the team.

The jersey features the Sabres’ regular logo in fluorescent gold and navy blue. Five stripes – four gold and one navy – adorn the sleeves and bottom to represent the team’s five decades.

Logos from the team’s history are sewn inside the neck line.

The Sabres will wear white gloves and navy pants with the uniform.

The jersey will be displayed and available for presale Saturday at the team’s fan fest outside the Sabres Store.

The Sabres also announced Thursday they will wear royal blue in 2020-21. Fans have been clamoring for the team to switch back to its original color for years.

The Sabres will wear the Golden Jersey on the following dates: