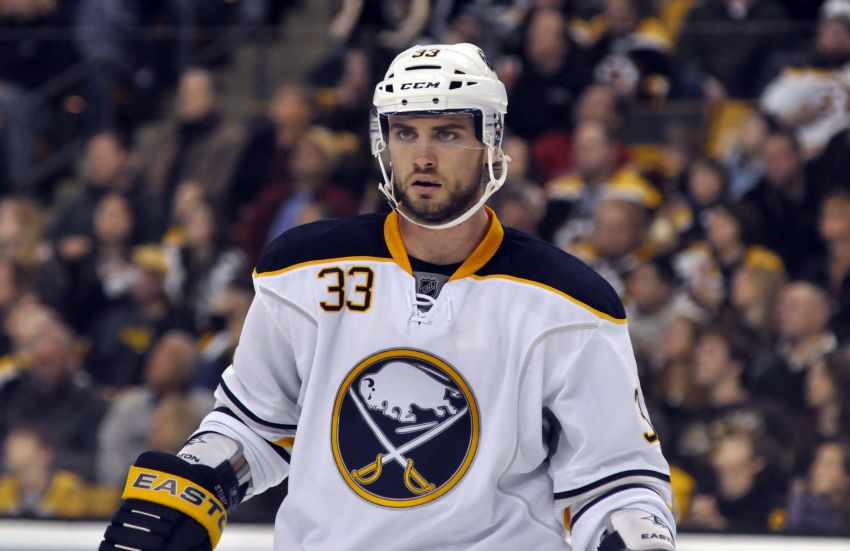 BUFFALO – The Sabres traded defenseman T.J. Brennan to the Florida Panthers tonight for a fifth-round pick in the 2013 NHL Entry Draft.

The 23-year-old had appeared sparingly this season, playing only 10 of the Sabres’ 27 games, scoring one goal.

Brennan, the 31st overall pick in 2007, enjoyed a monster AHL season with Rochester before the NHL campaign began, compiling 14 goals and 35 points in 36 games.

The New Jersey native’s AHL offense – he also had years with 15 and 16 goals – hasn’t translated to the big leagues, though. He has only two goals and two points in 21 NHL games.

He served as the Sabres’ seventh or eighth defenseman most of this season. They likely would’ve returned him to the Americans if he didn’t have to clear waivers.

Brennan will be reunited with Panthers coach Kevin Dineen, who coached him two seasons when the Sabres had their affiliate in Portland.