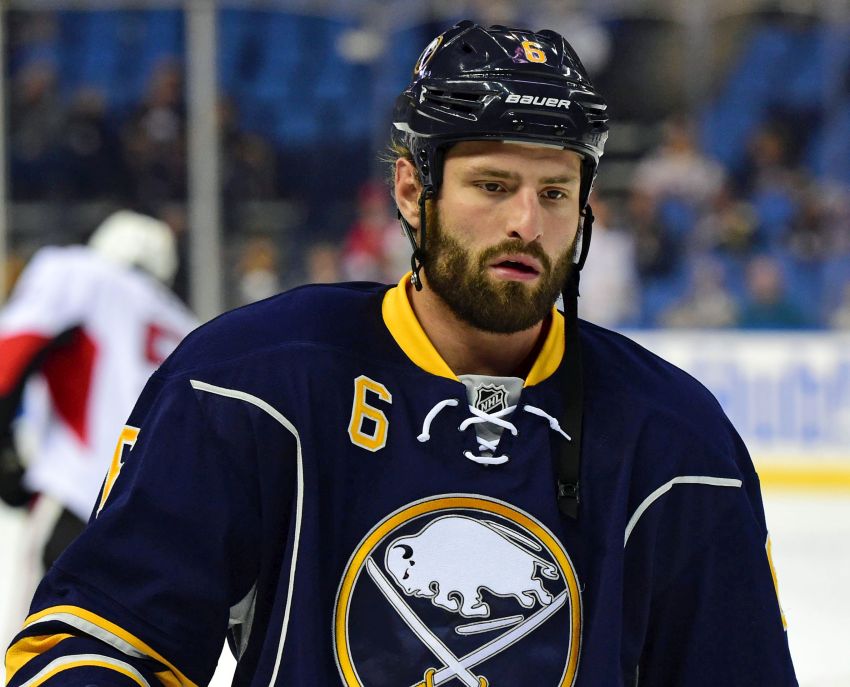 BUFFALO – The Sabres traded gritty defenseman Mike Weber, the club’s longest-tenured player and a heart-and-soul-presence, to the Washington Capitals tonight for a third-round draft pick in 2017.

The Sabres will retain half of Weber’s $1.67 million cap hit, according to Sportsnet’s Chris Johnston.

Weber, an unrestricted free agent following the season, understood he would probably be traded before the upcoming deadline. Before the Sabres flew to California on Monday, he spoke nostalgically about his long career, which began Oct. 26, 2007.

“There’s been a lot of good guys in and out of these doors over the years, and somehow I’ve managed to stay here this long,” said Weber, 28.

Weber, the 57th overall pick in 2006, played 341 games with the Sabres, compiling nine goals, 53 points and 341 penalty minutes. After two down seasons, he rebounded earlier this campaign, carving out duty as the sixth or seventh defenseman.