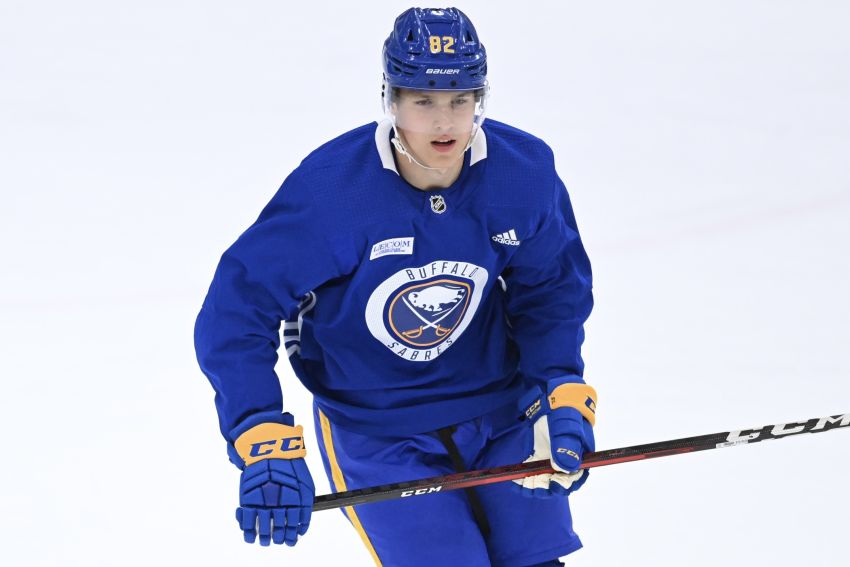 Jiri Kulich, one of Buffalo’s first round pick’s earlier this month, could participate in the Prospects Challenge. ©2022, Micheline Veluvolu

The Buffalo Sabres will be hosting five teams at the Prospects Challenge rookie tournament from Sept. 15 to 19 at LECOM Harborcenter, the team announced Thursday.

This year, the Montreal Canadiens and Ottawa Senators will be joining the Sabres, Boston Bruins, New Jersey Devils and Pittsburgh Penguins in the round-robin tournament.

Tickets for the games cost $10 and will be available in early August. Season-ticket holders can have their processing fees waived for any ticket they purchase. The Sabres’ three games will be streamed live on Sabres.com within the Buffalo broadcast market.

A roster will be announced at a later date. Last year, when the Prospects Challenge returned after the COVID-19 pandemic forced it to be canceled in 2020, Sabres fans watched youngsters JJ Peterka and Jack Quinn up close in Buffalo for the first time.

Montreal prospect Juraj Slafkovsky, the first overall pick earlier this month, could participate in the tournament.