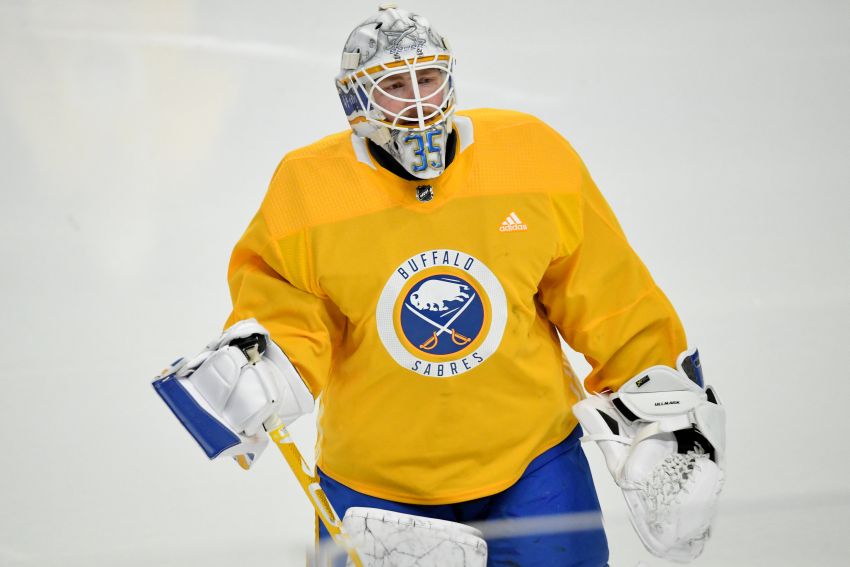 The Buffalo Sabres have recalled goalie Jonas Johansson from the taxi squad because Linus Ullmark is unavailable tonight for personal reasons, the team announced.

Ullmark left the ice first this morning, according to The Buffalo News, a sign he would possibly start tonight. The Sabres also play the Flyers on Tuesday.

The Swede played in Friday’s 2-1 loss to the Washington Capitals. Hutton started Thursday’s 6-4 loss to Capitals.

Johansson, 25, played his first six NHL games last season, compiling a 1-3-1 record with a 2.94 goals-against average and an .894 save percentage.

He enjoyed a terrific 2019-20 campaign with the Rochester Americans, posting a 14-4-3 mark with a 2.28 goals-against average and a .921 save percentage. He was also selected for the AHL All-Star Classic.