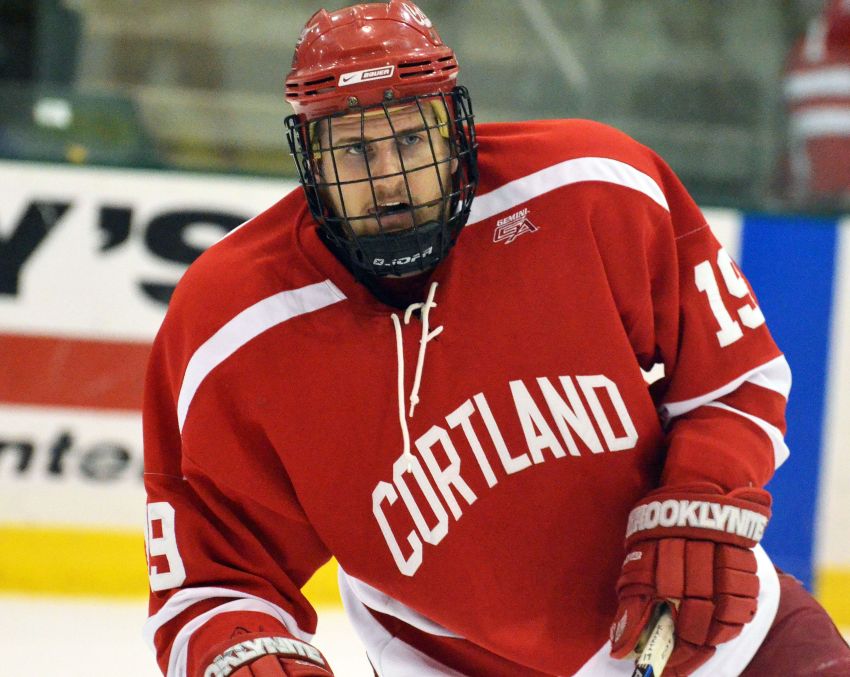 BUFFALO – Sabres winger Patrick Kaleta couldn’t wipe the grin off his face while talking about his 25-year-old brother’s recent professional debut with the Cincinnati Cyclones.

Chris Kaleta, a Division III star with Cortland, played with the ECHL club March 15 and 16. Fifteen goals and 28 points in 24 games during his senior season earned the forward some notice.

“Going in, he knew he was probably only going to get two games,” Patrick Kaleta said last week inside the First Niagara Center. “(He was) just trying to get his feet wet, get in there for the experience. After talking to him, he’s really grateful for that opportunity. We’ll see what he decides to do over the summer.”

Patrick Kaleta and some friends tried listening to a game online. Eventually, he paid $9 and watched on his phone.

“Just to see him out there, he’s my brother, and I’m really proud of what he’s accomplished and how far he’s gone in hockey,” he said.

Kaleta said his 6-foot-2 brother, who’s back at school, plays a rugged style similar to his own.

“He’s bigger than I am,” Kaleta said. “He’s not afraid to use it, I’ll tell you that much. He’s just overall a good athlete. I’m proud of him.”

He won’t push his brother into pursuing professional hockey, though.

Some Division III players have cracked the NHL. Eric Selleck, who played two seasons with Oswego, recently debuted with the Florida Panthers.