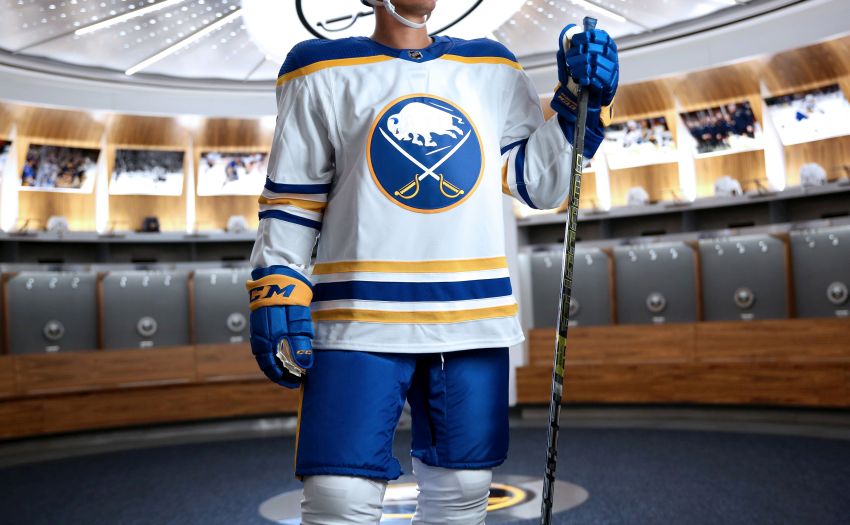 Get ready to see “the goat head” on a Buffalo Sabres jersey again.

Their new Reverse Retro features the popular logo on the shoulders of the white, royal blue and gold Adidas jersey.

The Sabres tweeted three photos of the sweater today – they also revealed the front and back of the neck – as a teaser before Monday’s full unveiling.

The numbers “00,” meaning the year 2000, are printed inside of the neck. That quickly created speculation the new threads will resemble the red, black and silver jersey the Sabres started wearing as an alternate in 2000-01.

Details from the past.
Remixed for the future.

That third jersey also featured the buffalo head on the shoulders. The crest had two crossed swords in front of a hockey puck and “Buffalo” was written at the bottom.

The Sabres retired that alternate and their regular black, white and red buffalo head jerseys following the 2005-06 season, when they switched their main colors back to blue and gold and unveiled a new logo commonly referred to as “the slug.”