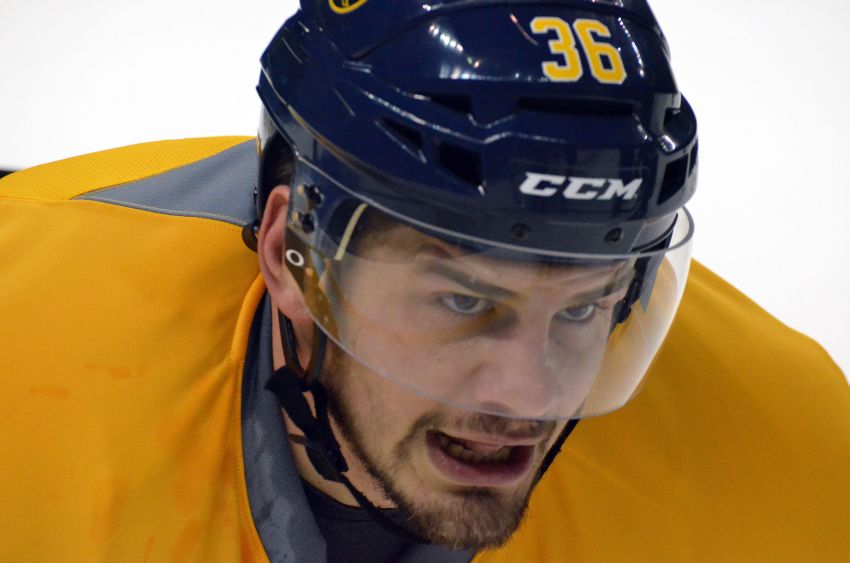 Agitator Patrick Kaleta could be facing a suspension after knocking Rangers star Brad Richards into the boards from behind while killing a penalty in the Buffalo Sabres’ 3-2 shootout loss Sunday in New York.

Kaleta was assessed a five-minute boarding major and a game misconduct at 3:28 of the third period. Richards grimaced in pain on the ice for a minute or two before skating off.

The Rangers then scored two quick power-play goals to briefly grab the lead.

Opponents loathe Kaleta. The 26-year-old winger’s aggressive play and history of questionable hits have put him under the microscope. It’s unlikely he’ll receive the benefit of doubt from NHL discipline czar Brendan Shanahan.

Update: Kaleta has a 3 p.m. hearing with the NHL, according to reports. Naturally, the hit incensed the Rangers.