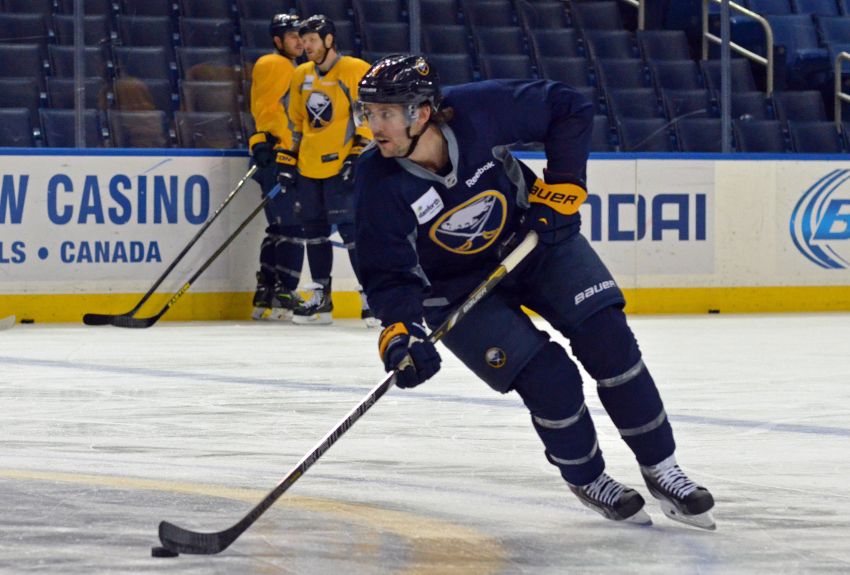 BUFFALO – As expected, Sabres defenseman Jamie McBain will be a healthy scratch tonight against the Washington Capitals.

Alexander Sulzer, a scratch five of the last six games, will replace him.

The 25-year-old McBain endured a rough night in Monday’s 3-0 loss in Pittsburgh, losing the puck on the Penguins’ first goal.

“I just want to see better,” Nolan, whose team has lost six of the last seven, said this morning inside the First Niagara Center. “As every player in this league, I just want to see better. There’s a couple others that were in the same boat. But the bottom line is we have to be better. There’s just no other way to put it, especially with the team that we have. We can’t afford one or two bad blunders and turnovers and not concentrating.”

McBain hasn’t been scratched since Nov. 30.

In other lineup news, tough guy John Scott will replace winger Linus Omark, who returned from a two-game absence Monday.

Franchise netminder Ryan Miller has owned Washington in the last month, stopping 77 of 79 shots and all nine shootout attempts in two 2-1 wins. Still, Nolan started Miller on Monday instead.

One thought on “Sabres’ Jamie McBain to sit against Capitals, Alexander Sulzer back in”