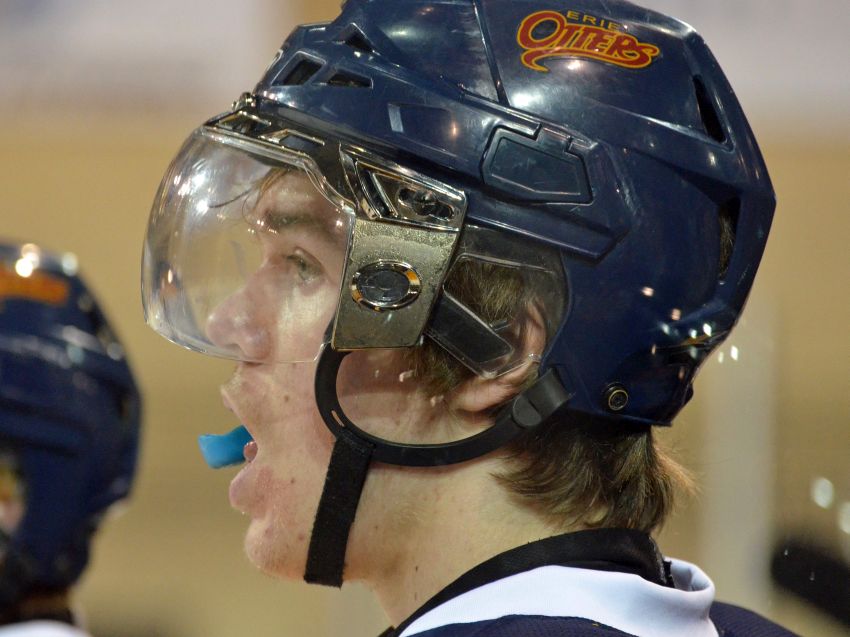 The draft lottery changes the NHL unveiled today might not hurt the Buffalo Sabres, owners of three 2015 first-round picks, next year. The league’s worst team can’t fall below the second pick.

The odds of nabbing that No. 1 pick, however, have fallen from 25 percent to 20, according to the league.

Still, the Sabres, a team many have pegged to finish last, will get Connor McDavid or Jack Eichel, the consensus top two prospects, if they finish 30th overall again.

From the NHL, here are the new odds of winning the top pick, which have increased for the final 10 non-playoff teams (click to enlarge): 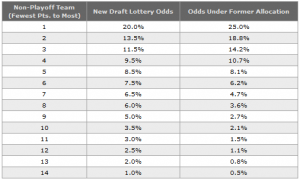 In a press release, the NHL said the odds have been “adjusted to more appropriately reflect the current state of competitive balance in the league.”

Why make the changes? Tanking.

McDavid, perhaps the best draft prospect since Sidney Crosby, is coveted. Teams would likely become laughingstocks for a crack at the 17-year-old, a potential franchise-changing talent.

The Sabres could be partly blamed for these changes. Remember, the team’s old regime fielded an awful lineup last season in hopes of securing a prime pick.

In 2016, the NHL will start using three draws to assign the top three drafting slots. In past years, the lottery only determined the winner of the first selection.

That means NHL’s worst team will no longer be guaranteed at least the second overall pick and could fall as far as fourth.

The allocation odds are the same as 2015. The odds increase on a proportionate basis with each draw.

The 11 teams out of the lottery will be slated in inverse order of their finish.

The Sabres, despite their awful season in 2013-14, lost the lottery and picked second. In June, Sabres general manager Tim Murray discussed the potential changes.

“Greedily, I’m upset because I think we have more of a chance next season of being one of the lower teams, which I don’t like, but I just think that’s reality,” he said days before the Sabres made a slew of high-profile signings.

Murray said then the rule wasn’t being changed because of the Sabres.