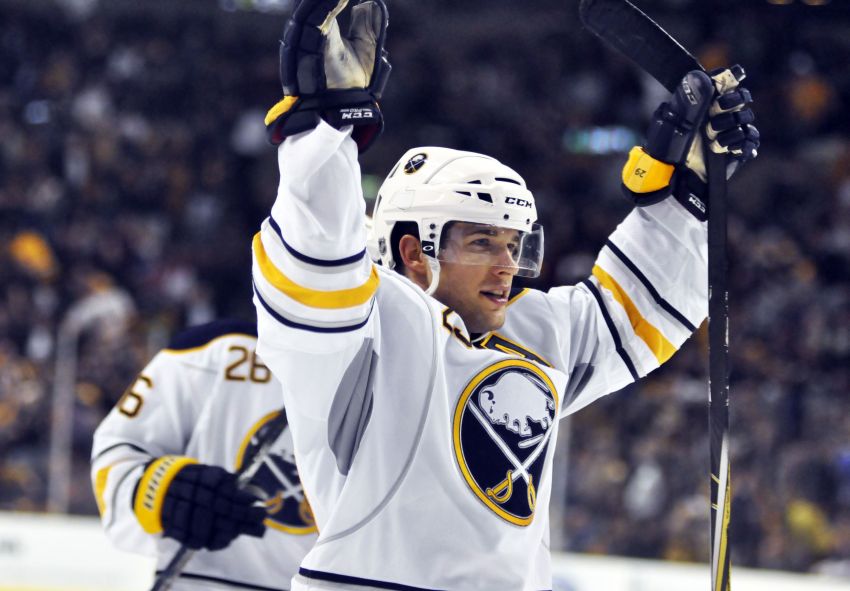 AMHERST – Just hours after returning to Buffalo following a marathon travel day from Germany, Buffalo Sabres captain Jason Pominville was back on the Northtown Center ice this morning, skating with 10 other teammates.

“I wanted to be here,” said Pominville, who left the Mannheim Eagles when the NHL lockout ended Sunday. “I wanted to make sure I get a good sweat. It’s going to be such a short turnaround (before the season) that’s there’s no time to take off.”

As expected, Pominville played well in the DEL, scoring five goals and 12 points in only seven games.  His team also competed in the Spengler Cup, a European tournament.

“It was fun,” Pominville said about the experience. “Honestly, (it’s a) great organization. The GM (Teal Fowler) is from here. He’s a big Sabres fan. They treated me very well. Great fans.

Pominville was also reunited with old linemate Jochen Hecht, the former Sabres standout who battled concussions last year and is currently an NHL free agent. The two skated together again.

“Jochen’s doing great, definitely interested in coming back,” Pominville said. “He’s actually playing really well. We were playing together. He looks great. He’s healthy. I mean, he’s the same Jochen that’s he’s always been, just one of those guys that is so solid in every area of the ice. … (He had) no health issues. …

UPDATE: Sabres general manager Darcy Regier said this afternoon Hecht, who has five goals and 13 points in only eight games with Mannheim, “remains a possibility.”

What do you think, Sabres fans? Should the team bring back Hecht?