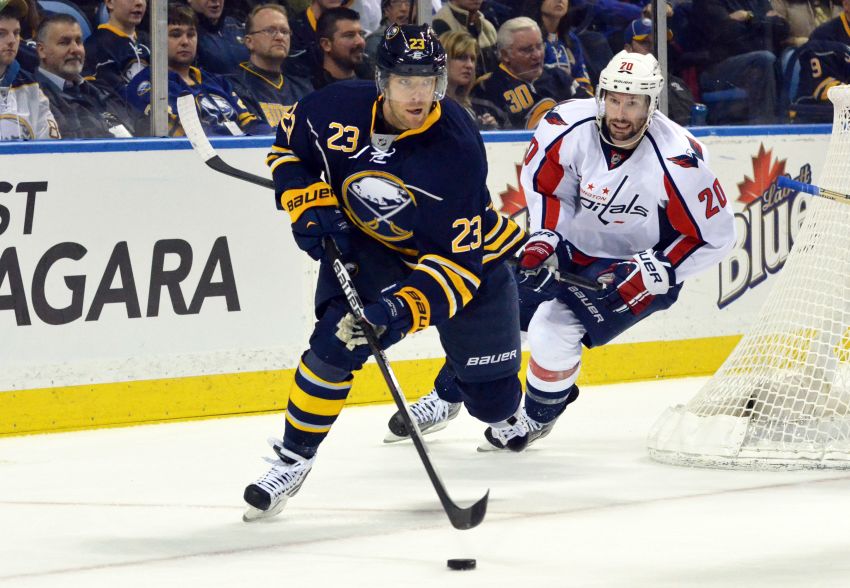 BUFFALO – An agitated Ron Rolston mostly offered short, vague answers to questions about the Sabres’ woes following a 4-3 shootout loss to the Washington Capitals on Saturday before a capacity crowd of 19,070 fans inside the First Niagara Center.

The reeling Sabres had just blown a 3-1 third-period lead, and the interim coach was in no mood to give any insight into their third straight loss.

Almost 20 games into his tenure, does he have major questions about the Sabres’ mental toughness?

“No, not really,” Rolston said.

“Because I don’t,” he replied.

How do the 12th-place Sabres, who also blew a third-period lead Thursday and lost a 5-4 shootout in Florida, fix things?

The Sabres would make it better if they could close out games regularly.

Up two goals and on the power play Saturday, the Capitals’ Troy Brouwer scored short-handed 2:21 into the third period.

“After that,” said Sabres winger Ville Leino, who scored twice, “they were fired up and wanted to win the game.”

Then, with 40 ticks left in regulation and goalie Braden Holtby on the bench, Mike Green tied it.

How did the Sabres, habitual lead-blowers, do it again?

“I think it’s part of being experienced and being cool in the situations where the game’s on the line and there’s a lot of pressure on players,” explained Leino, who was benched 45 minutes Thursday for taking an unsportsmanlike conduct penalty. “So we just got to be extra smart and extra cool and win your battles. It’s been happening too many times.”

The Sabres also lost some of their aggressiveness.

“I think we got to stay aggressive,” Leino said. “Some games we do really well. We got to keep going 60 minutes. It’s not enough to do 40.”

Enroth played all 65 minutes, stopping all 10 shots in the first period, 16 in the second and seven in the third.

“He was the best player for us by far,” Sabres defenseman Robyn Regehr said. “I thought he played a great game and gave us a chance to win. We should’ve won that game.”

The Swede, who went almost 16 months without a win, began the night 2-0-1 with a 1.66 goals-against average and a .947 save percentage under Rolston.