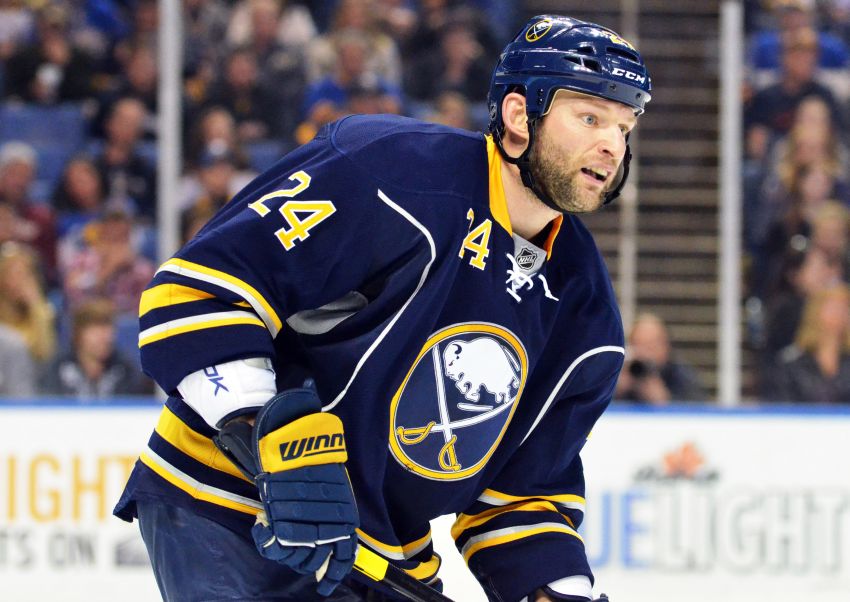 It was widely believed the 32-year-old would waive his no-trade clause to join a contender. The veteran, an unrestricted free agent following the season, had previously waived it to join the Sabres in 2011 from Calgary.

Regehr said earlier today inside the First Niagara Center before the Sabres left for Pittsburgh he hadn’t waived his no-trade clause and the media would have to ask general manager Darcy Regier about the plans for his team.

“From there I think we can make our decision,” Regehr said.

Regehr couldn’t “say yes or no right now” about ditching the clause and would “have to see the situation” before Wednesday’s trade deadline.

Regehr is in the final season of a five-year, $20.1 million contract.

In other news, the Sabres also recalled forward Luke Adam from Rochester tonight, igniting speculation a forward could be dealt soon.