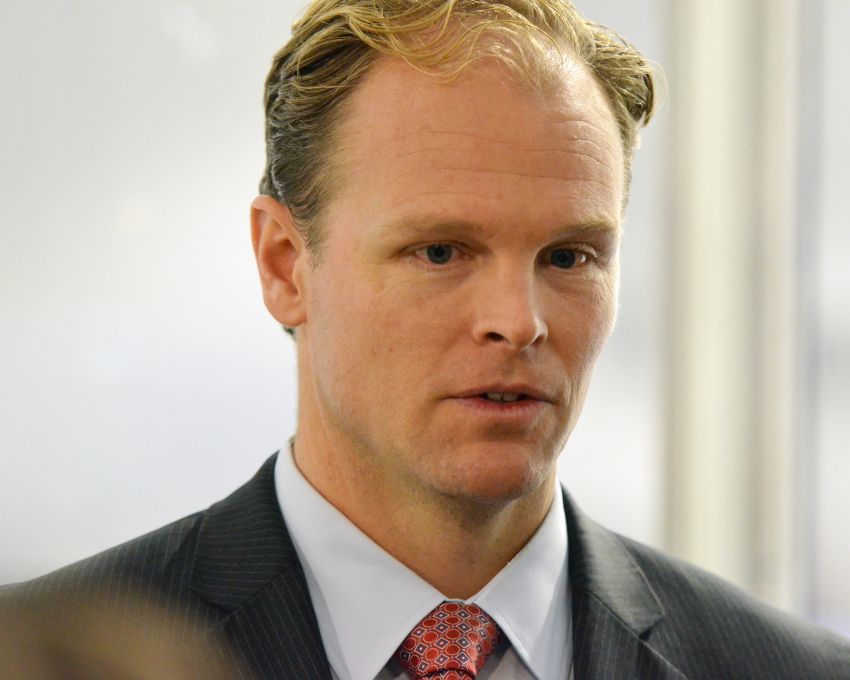 The smile on Kevyn Adams’ face said everything. What promises to be the oddest offseason in NHL history is about to kick into high gear, and the Buffalo Sabres’ rookie general manager couldn’t hide his excitement.

During a 30-minute Zoom call Monday, Adams, 45, rarely stopped grinning. After preparing nearly four months throughout the COVID-19 pandemic to reshape the Sabres, Adams and his staff will be busy this week.

Following the NHL Draft – the first round, originally scheduled for June 26 in Montreal, will be held virtually tonight – free agency begins Friday.

“I’m learning,” said Adams, who had never worked in a hockey department before he replaced Jason Botterill on June 16. “I’ve been talking to the other general managers every day around the clock. And some of the veteran ones, even this morning that I talked to, they asked me how I’m doing. I said, ‘I’m excited. You know, it’s my first time through this.’ And they said, ‘Well, 10, 15 of them and you’re still nervous, excited and anxious and all those good things.”

This is a critical week for the Sabres and Adams, whose appointment to GM has been scrutinized. The Sabres, the NHL’s laughingstock, own six draft picks, including the eighth overall selection.

At that spot, they should snatch a terrific prospect. After the top three picks, the next six to eight players are interchangeable, according to Dan Marr, the director of NHL Central Scouting.

So the Sabres can take a player whose talents meet their needs. They need to restock the organization up front, especially at center.

“They all have a chance to make a strong top-line (forward), top-two defensemen playing in the National Hockey League,” Marr said of the prospects available.

But what about trading that first pick, perhaps for some immediate help? The Sabres need to start winning now. They haven’t made the playoffs since 2011. The NHL’s longest drought has become a black cloud hanging over the franchise.

“You have to be willing to listen to everything when it comes to how do you make your team better, and you balance it,” Adams said. “I think it’s a perfect way of saying it. You have to think about what the No. 8 pick could mean to the organization, short- and long-term. You have to analyze the draft class and what the depth of it is.

“So you’re having all that while you’re having parallel conversations around what’s going on in the league, and how can you improve your team. Those are happening every day, all the time.”

Adams’ first trade as GM – he acquired center Eric Staal from the Minnesota Wild in exchange for forward Marcus Johansson on Sept. 16 – quickly earned him high marks. Not only did he fill the void at the No. 2 center spot, he saved money and unloaded a struggling player.

That deal might lessen the pressure on Adams to flip the Sabres’ first pick for established talent.

Centers Cole Perfetti and Marco Rossi or winger Jack Quinn could be available at No. 8. If the Sabres want to move down, six centers – Dawson Mercer, Seth Jarvis, Dylan Holloway, Hendrix Lapierre, Ridly Greig and Connor Zary – are ranked 10 through 15 among North American prospects by Central Scouting.

“It’s a smorgasbord of quality players for the clubs this year,” Marr said.

So the next time Adams addresses the media, he should be smiling again. Nothing will likely ruin this week for the Clarence native, who grew up rooting for the Sabres.

Still, the next several days will test Adams and his staff. Jeremiah Crowe, his new director of scouting, has never run a draft. Adams, meanwhile, could have to get creative to make deals happen.

The pandemic has forced the NHL to freeze its salary cap at $81.5 million, meaning teams have to shed salaries. Sabres owners Terry and Kim Pegula, free spenders in the past, have started tightening up.

According to a recent TSN report, the Sabres are considering setting an internal salary cap of in the “low $70 million range.” When asked about that number last month, Adams said he’s simply focused on constructing the team.

Whatever the case, the days of the Sabres inheriting massive contracts and eating money to make a deal happen are likely over.