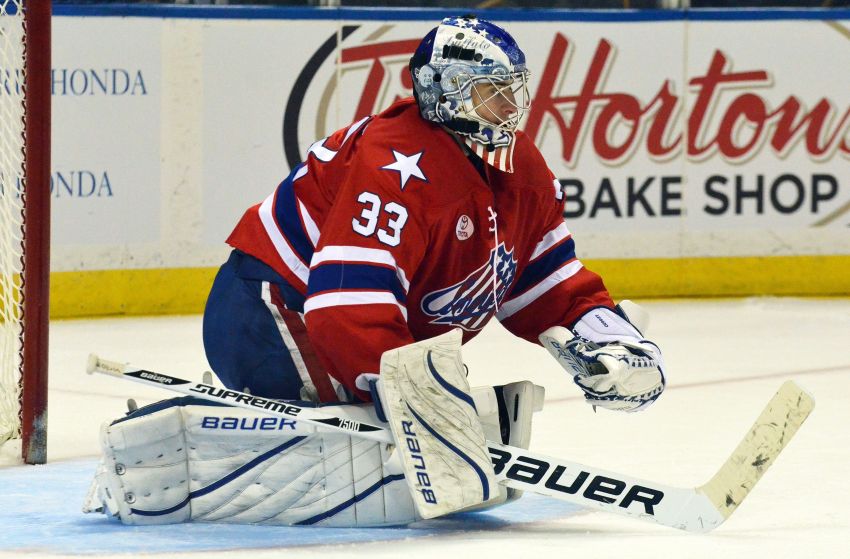 David Leggio has developed into one of the AHL’s best goalies. ©2013, Dan Hickling, Olean Times Herald

One thought on “Goalie David Leggio signs with Capitals, grateful for time in Sabres organization”