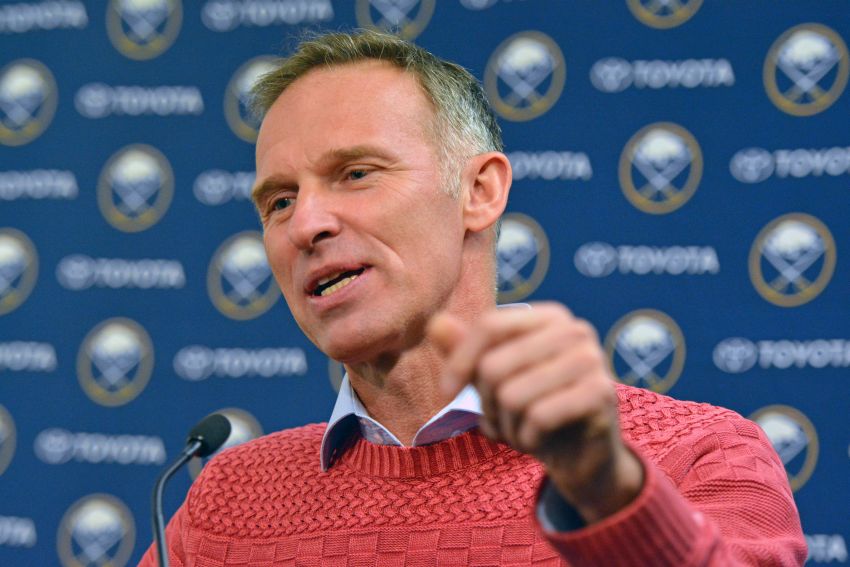 For hockey-deprived fans waiting for the NHL season to resume, five memorable Buffalo Sabres games will be rebroadcast next week on MSG and also be available on the team’s YouTube channel.

So get ready to relive goalie Dominik Hasek’s legendary 70-save performance, the final game at historic Memorial Auditorium and other “Sabres Classics.”

The games, of course, are being aired because the COVID-19 pandemic forced the NHL to suspend its season indefinitely March 12.

The games will start at 8 p.m. and be uploaded to the Sabres’ YouTube channel the following day at noon. MSG will also play the games multiple times each night, the next day and over the weekend.

Dave Hannan capped Hasek’s career-best outing by scoring in the fourth overtime to secure a 1-0 win over the New Jersey Devils on April 27, 1994.

Tuesday, March 24: The final game at the Aud

The Rangers defeated the Sabres 5-4 in overtime on Oct. 7, 2001. Both teams wore “New York” scripts across their jerseys for the game.

Chris Drury scored in the waning seconds of regulation before Maxim Afinogenov’s overtime goal secured a 2-1 win over the New York Rangers on May 4, 2007.

I’m having a sale on hockey t-shirts this weekend. Use coupon code INSTAGRAM20 at checkout to save 20% off your next order. Plus free shipping in the USA. Link in bio or visit shop.puckjunk.com #hockey

This week’s “Behind the Bench,” my weekly analysis of the #Sabres on @WBFO, 88.7, w/@WBFOmar:https://t.co/bLbuEtllRj

Thoughts on when we might see hockey again, what kind of schedule we could see and more. #Sabres50 #Buffalo pic.twitter.com/Vc9CalN4Jx