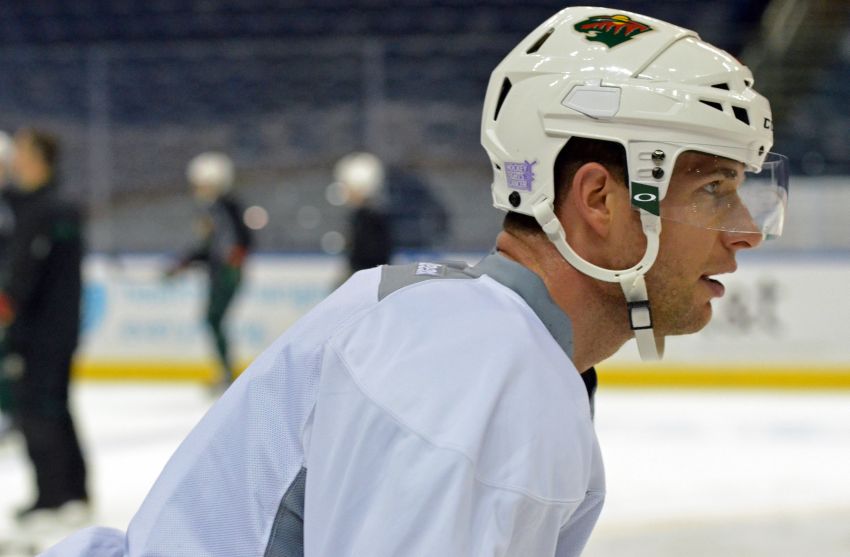 BUFFALO – Once the initial shock of getting traded to the Minnesota Wild in April started wearing off, former Sabres captain Jason Pominville said he “really took a step back” and began examining his situation.

Joining the Wild, a team built to win the Stanley Cup now, would be a terrific experience.

“For my career, it might be the best thing to go to somewhere where the teams are heading in completely different directions,” Pominville said this afternoon prior to his first-ever game as an opponent inside the First Niagara Center. “Obviously, with the signings this team has made in the last couple seasons, they want to win and they want to win now.”

Still, this is an emotional day for Pominville.

“Just walking in, there’s so many, so many good memories,” said Pominville, who spent 11 years in the Sabres organization. “The back-to-back conference finals (in 2006 and 2007) is just something I’ll never, never forget. Whatever it was, 10, 15,000 people outside. It was just phenomenal. Just great memories, for sure.”

Does the winger expect to be booed tonight?

“I’ve seen both sides of it,” Pominville said. “Hopefully, I’ll be on the good side.”

The 30-year-old was later asked to submit his no-trade list.

Pominville has settled in nicely with the Wild. He recently inked a five-year, $28 million extension. He’s skating on line with Mikael Granlund and Dany Heatley, an old rival from Ottawa.