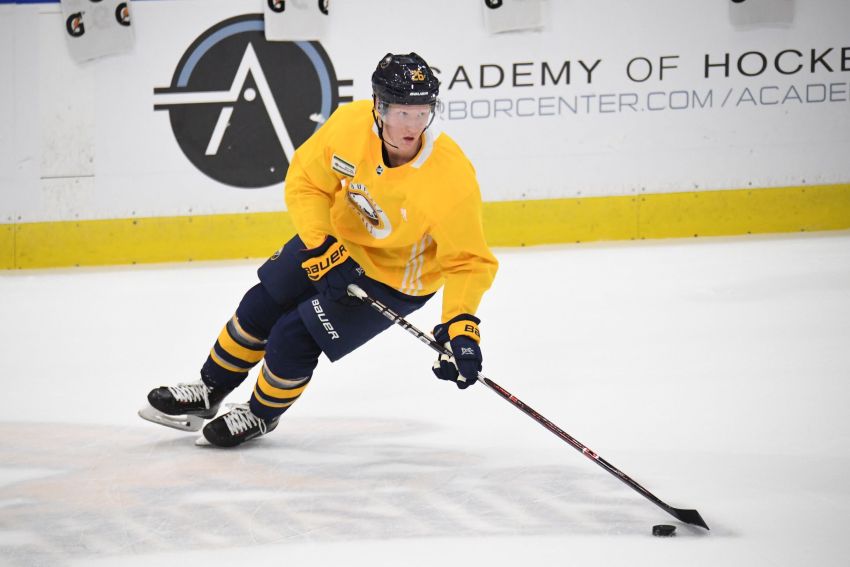 Buffalo Sabres defenseman Rasmus Dahlin suffered a concussion when Erik Cernak elbowed him in the head during the second period of Monday’s 5-2 loss to the Tampa Bay Lightning, coach Ralph Krueger said.

Cernak wasn’t penalized for the hit, which occurred just after Dahlin passed the puck. Dahlin left the game and did not return.

“Very disappointing,” Krueger told reporters in St. Petersburg. “We’ll let the league deal with the judgment of what happened. Right now, we’re just worried about Rasmus and getting him healthy and hoping that it’s not a long-term injury.”

The Sabres did not retaliate against Cernak, a defenseman.

Update: Cernak will have a hearing Tuesday with the NHL Department of Player Safety.

The Sabres play again Wednesday in Buffalo against the Calgary Flames.