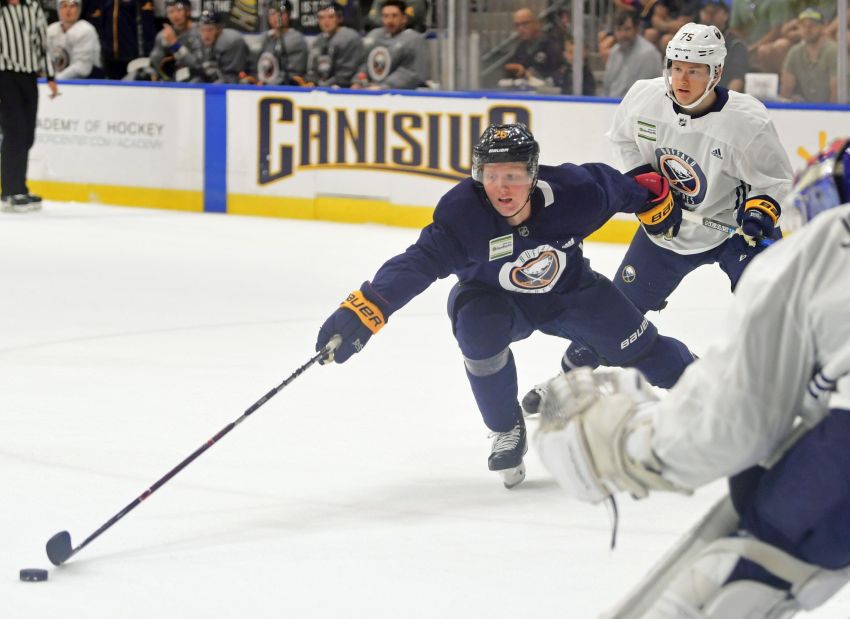 BUFFALO – The NHL has suspended Erik Cernak two games for his elbow to the face that concussed Sabres defenseman Rasmus Dahlin in Monday’s 5-2 road loss to the Tampa Bay Lightning.

The reeling Sabres haven’t given an update on Dahlin, who left the game with about 2:30 remaining in the second period. They had today off following their 10th loss in 12 games (2-8-2).

With the Sabres on the power play, Cernak, a defenseman, elbowed Dahlin in the left circle after the Swede backhanded a pass.

The Slovak wasn’t penalized for the hit.

Losing Dahlin, 19, for an extended period would be a huge blow to the Sabres. While the Swede has struggled this season following a superb rookie campaign, he is still a dynamic talent.

The Sabres host the Calgary Flames on Wednesday at KeyBank Center.