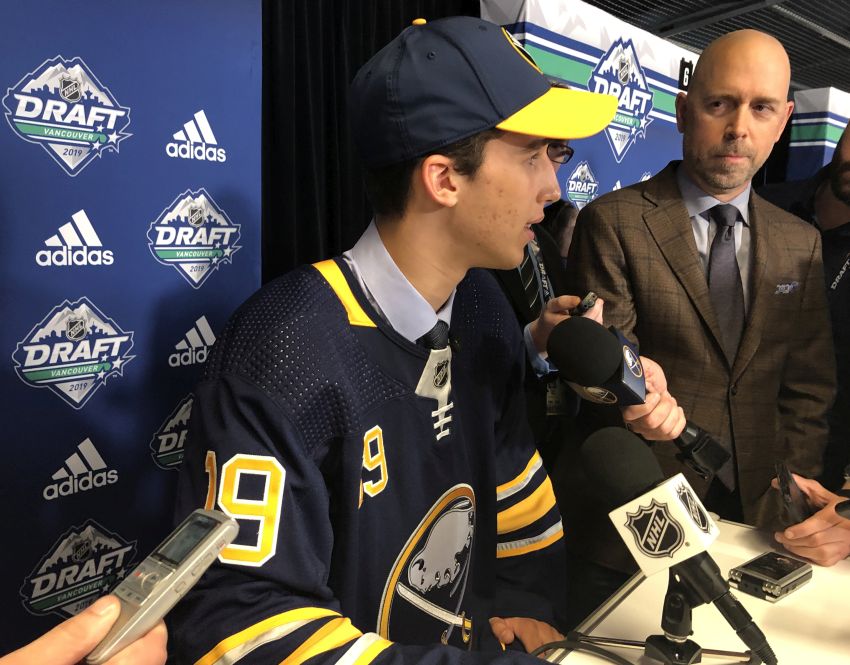 As the picks went by, a nervous Cozens sat in the stands with his family. Meanwhile, general manager Jason Botterill said the Sabres “were locked in” on Cozens.

Cozens’ versatility helped make him attractive to the Sabres. Botterill likes that he can play center and the wing. Cozens is open to playing either position.

Botterill, who selected defenseman Ryan Johnson with the 31st pick, also values Cozens’ size, speed and the drive he possesses.

“(He has a) motivating factor in his work ethic and a knowledge of what he has to work on in his game,” Botterill said. “That really came across in the meetings. He was driven to become a National Hockey League player.”

Cozens is the first player from the junior Canadian Hockey League Botterill selected in his three drafts as GM.

“I couldn’t imagine, because sometimes people think growing up in Winnipeg is way out there, but still nothing compared to the Yukon,” Botterill said.

He added: “In his mind, it hasn’t been difficult. It’s just what you have to do to accomplish your dreams.”

“I’m a two-way defenseman,” Johnson said. “I can use my skating pretty well to defend and offensively as well. I also think I have pretty good puck sense and hockey skills.

Ryan Johnson, who grew up in California, will play college hockey at Minnesota next season.