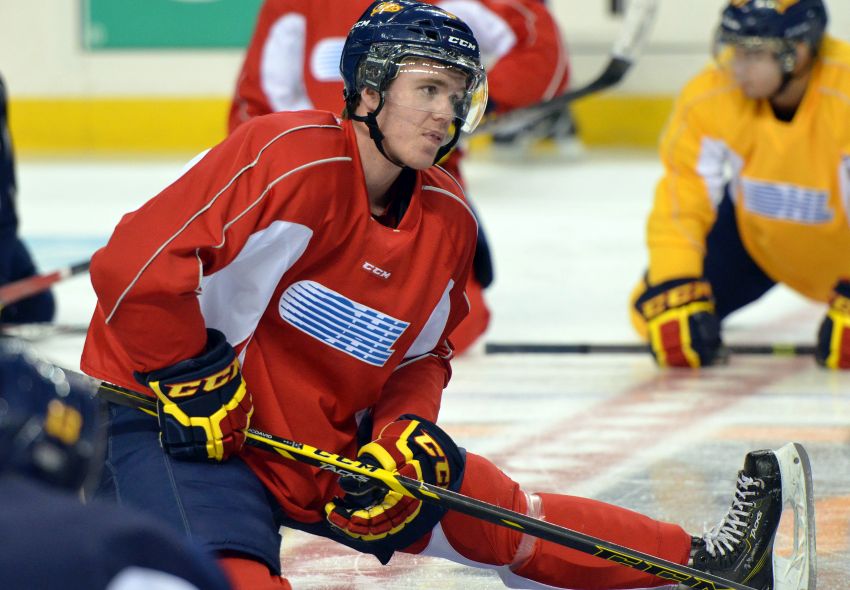 BUFFALO – Hockey phenom Connor McDavid mostly avoids the kind words that are being written about him.

“I’ve been trying to do that as much as I can, because it can either get in your head that you’re too good, or bad press can also get in your head and do negative things for you,” the slick Erie Otters center said Tuesday. “I just try to stay away from reading about yourself.”

Some words, however, the 17-year-old can’t avoid. For example, whenever the Sabres lose – and that’s often – McDavid’s Twitter account “just kind of blows up,” he said.

In 140 characters or less, Sabres fans tell McDavid how badly they want him in Buffalo next season.

“I guess it contradicts what I’ve been saying about reading about myself,” McDavid said inside the First Niagara Center. “It’s a little bit different. I really can’t explain it. It’s pretty cool.”

Buffalo fans have an opportunity to watch McDavid, the biggest junior prospect since Sidney Crosby, up close tonight in an Ontario Hockey League game against the Niagara Ice Dogs.

So far, McDavid, the consensus No. 1 pick in June’s NHL Entry Draft, has lived up to his massive hype, compiling eight goals and 25 points in nine games this season.

McDavid has thought “a little bit” about Buffalo becoming his next home. Playing for the Sabres would be a “tremendous honor,” he said.

“You can’t really do too much of that, you just got to worry about yourself and playing your game, doing all the right things,” he said. “If Buffalo happens to be the one that drafts me, that’ll be great, then I’ll be thrilled. It’s the NHL. You kind of go where you’re picked. Every city and organization is first class.”

A loud portion of Buffalo’s rabid fan base wants the Sabres, who are 1-5, to tank this season so they have greater odds of getting the No. 1 pick in the draft lottery.

“The fans here should want a guy like that, they should tweet him,” said McKee, who still lives in Buffalo. “It’s pretty unique because you don’t find players of his capability very often. It’s not every year in the draft that you can find a guy like that, and I think this year is a special year.”

McKee believes the fans’ desire to have McDavid creates a “double-edged sword.”

“Do you want to win? Do you want to have a draft pick?” he said. “If you want to get a chance to get Connor McDavid, you’re going to have to finish real low in the standings. I understand the fans and their desire for having Connor — they should have that desire.

“It’s just a tough situation. You don’t want your home team to lose, but you do want a good draft pick.”