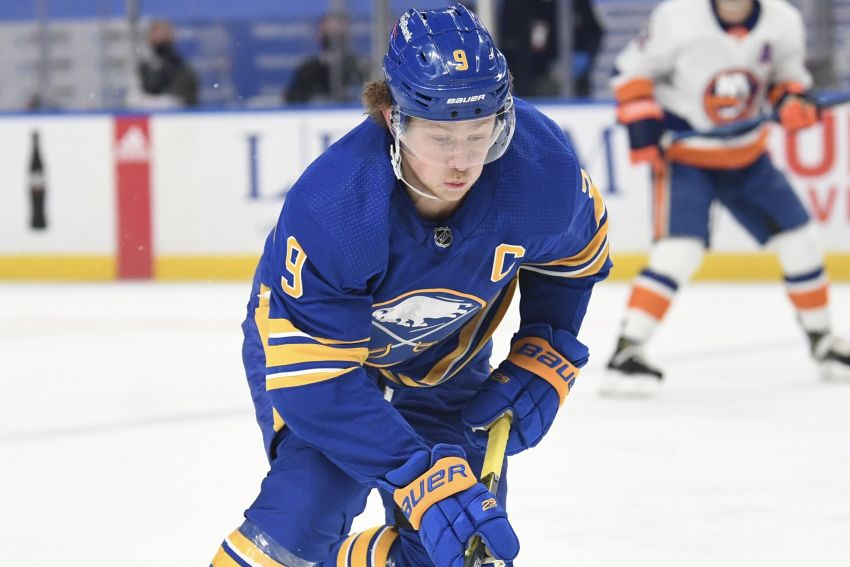 Eichel, who has a herniated disc in his neck, still refuses to have the fusion surgery the team’s doctors have recommended, Adams said.

“We had an easy solution,” Adams said of the fusion surgery. “We would’ve acted on it.”

What happens next is unclear. Eichel, 24, wants to have artificial disc replacement surgery.

Adams said Eichel could be placed on injured reserve. He also acknowledged they’re open to trading their biggest star.

It’s hard to believe Eichel, the face of the franchise, will ever play another game for the Sabres.

“I’m going to be in a position where I continue to ask questions, continue to gather information, continue to talk to managers around the league every day, provide them clarity, explain our situation.”

Adams said he addressed the team about the captaincy Wednesday.

“From our perspective and my perspective, I feel the captain is the heartbeat of your team,” he said. “And we’re in a situation from where we were in the past and where we are now that we felt that we need to do to address that and make that decision here.”

Adams said the Sabres won’t name a captain this season.

“We’re going to let this group learn and grow, kind of figure out to some extent themselves,” he said. “The captain, I mean, a critical role in an NHL team. But it’s not unprecedented that you kind of let it play out. There’s a lot of voices in there that are strong, that are good pros.”

Adams said Eichel doesn’t want to be a distraction.

“He doesn’t want to take away from what we are trying to build here, so he will continue his rehab, not necessarily in this facility on a daily basis, but then we’ll work toward where we go from here,” he said.

In other news, Adams said the Sabres are 100% vaccinated.

“That’s a great thing for us in terms of where we’re as we start camp,” he said.