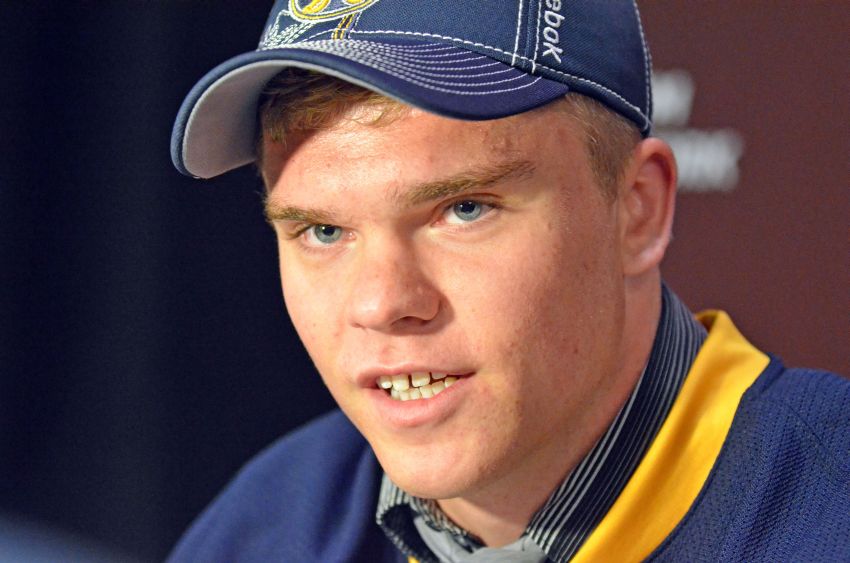 BUFFALO – The Sabres have signed West Seneca’s Sean Malone to a two-year, entry-level contract, the team announced this morning.

Update: Malone will make his NHL debut tonight at center against the Panthers, according to reports out of Florida.

Malone, a forward the Sabres drafted in the sixth round, 159th overall, in 2013, played four years at Harvard University.

In other news, the Rochester Americans have signed defenseman Anthony Florentino to a one-year AHL contract for the 2017-18 season. Florentino will join the Sabres’ AHL affiliate for the rest of this season on an amateur tryout.

The Sabres selected the 6-foot-1, 185-pound Florentino, 22, in the fifth round, 143rd overall, in 2013. The Massachusetts native played four years at Providence College, winning a National Championship in 2014-15.