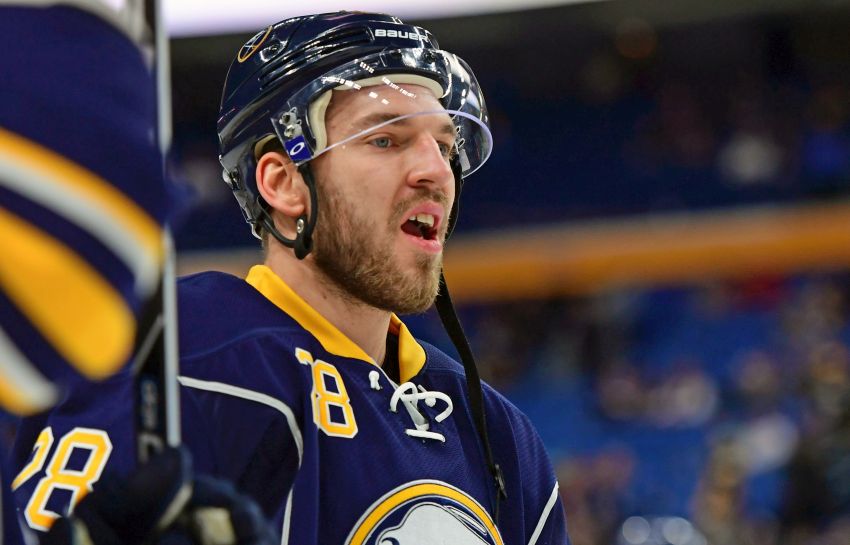 Girgensons, 23, compiled seven goals and 16 points in a career-high 75 games last season, his fourth NHL campaign. The Latvian has 37 goals and 86 points in 277 career contests.

Following a breakout season in which he scored 15 times in 61 appearances and was voted into the NHL All-Star Game in 2014-15, Girgensons has struggled for parts of the last two seasons.

The arrival of centers Jack Eichel and Ryan O’Reilly and other talented forwards pushed Girgensons down the lineup and out of the No. 1 center spot. The 14th overall pick in 2012 has spent much of the last two years shuttling between center and the wing on the third or fourth line. He has 14 goals over that span.

With Girgensons in place, the Sabres are $6,921,309 under the salary cap, according to capfriendly.com. That number is large enough the Sabres can make a significant move if they want.