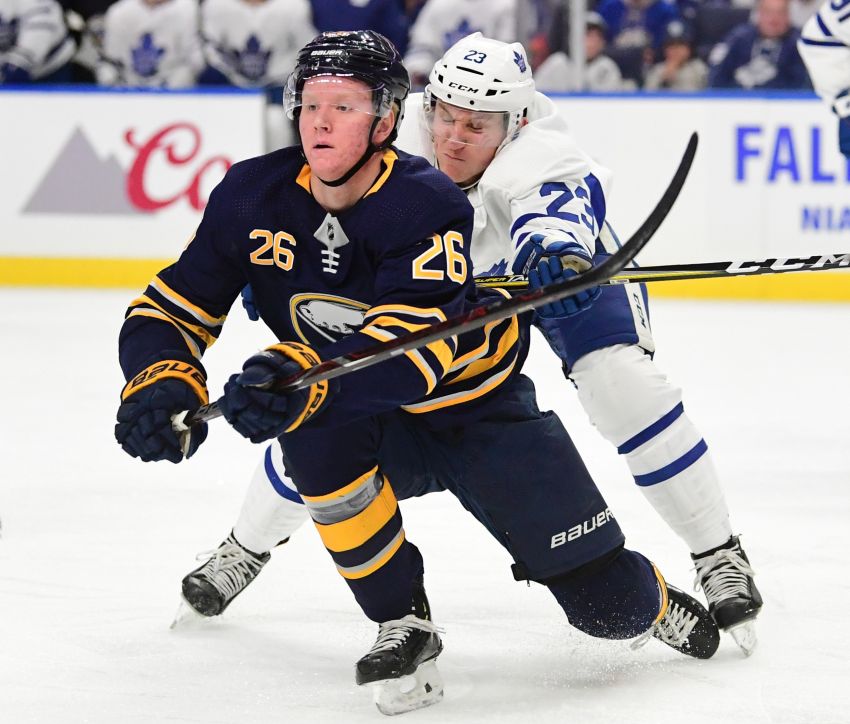 Buffalo Sabres defenseman Rasmus Dahlin is among three finalists for the Calder Trophy as the NHL’s Rookie of the Year, the league announced today.

Dahlin, 19, enjoyed a terrific season, leading all rookie defensemen with 44 points. The Swede’s 35 assists ranked second among all first-year players. So did the 21 minutes, 9 seconds of ice time he averaged each game.

Dahlin, the first overall pick in 2018, is the first Sabre to be named a Calder finalist since defenseman Tyler Myers won in 2009-10. Buffalo has had two other winners: center Gilbert Perreault in 1970-71 and goalie Tom Barrasso in 1983-84.

Binnington compiled a 24-5-1 record with a league-low 1.89 goals-against average, a .927 save percentage and five shutouts in 32 games.

When Binnington, 25, joined the Blues Jan. 7, they stood last in the Western Conference, nine points out of a playoff spot. They wound up earning 99 points and making the postseason.

The 28 goals, 38 assists and 66 points Pettersson recorded in 71 contests led all rookies and the Canucks. Pettersson, 20, began his NHL career with a five-game point streak.