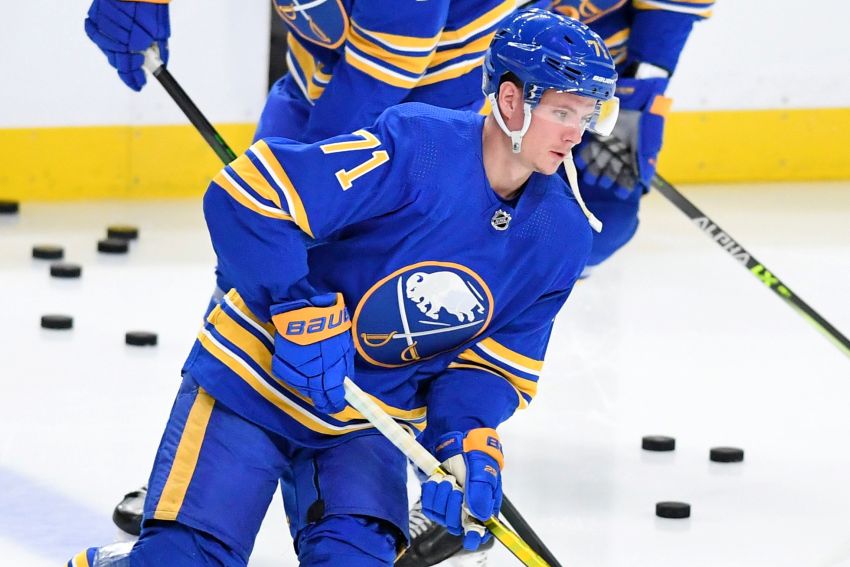 Why did Olofsson pick new digits? When he broke into the NHL, No. 71, one of his favorite numbers, was worn by Evan Rodrigues, a forward the Sabres traded in 2020.

Olofsson, who enjoyed a 20-goal rookie season wearing No. 68, claims he’s not superstitious.

“I just asked if I could switch,” Olofsson said following Sunday’s scrimmage inside KeyBank Center.

Olofsson likes to wear No. 11, but that number, of course, was worn by the legendary Gilbert Perreault and is retired.

In the second practice, Jack Quinn, who has been playing center, moved back to right wing beside center Dylan Cozens and J-J Peterka.

The Sabres on Monday sent three forwards – Josh Bloom, Viljami Marjala and Olivier Nadeau – back to their respective junior teams.

Fifty-five players are still on the training camp roster. That number will likely be trimmed again soon.