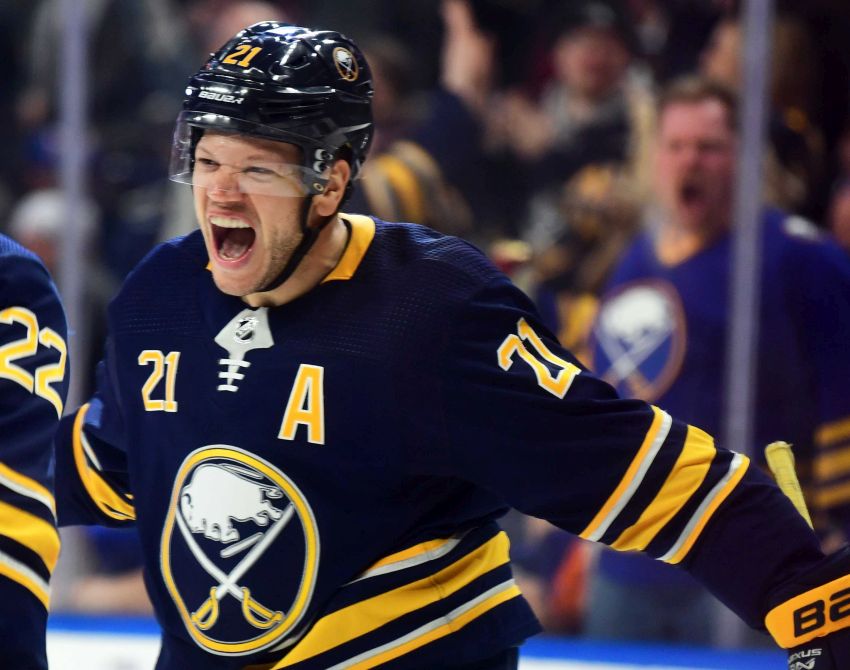 Okposo, 30, did not practice this morning inside Harborcenter. Housley said Okposo, who has a concerning history of concussions, did not suffer another one.

“Kyle’s doing well,” Housley said inside KeyBank Center. “We just kept him off the ice as a precaution.”

Counting one playoff scrap, the fight was just Okposo’s fifth in 751 NHL appearances, according to hockeyfights.com.

Okposo left the ice bleeding after DeAngelo dropped him with one punch.

In other news, defenseman Marco Scandella missed practice and was being reevaluated, according to Housley. Scandella won’t accompany the Sabres to New Jersey, where they play the Devils on Sunday. He could, however, join the team later in its trip.

Meanwhile, center Casey Mittelstadt, out the last two games after suffering a lower-body injury earlier this week, practiced today and should return Sunday.