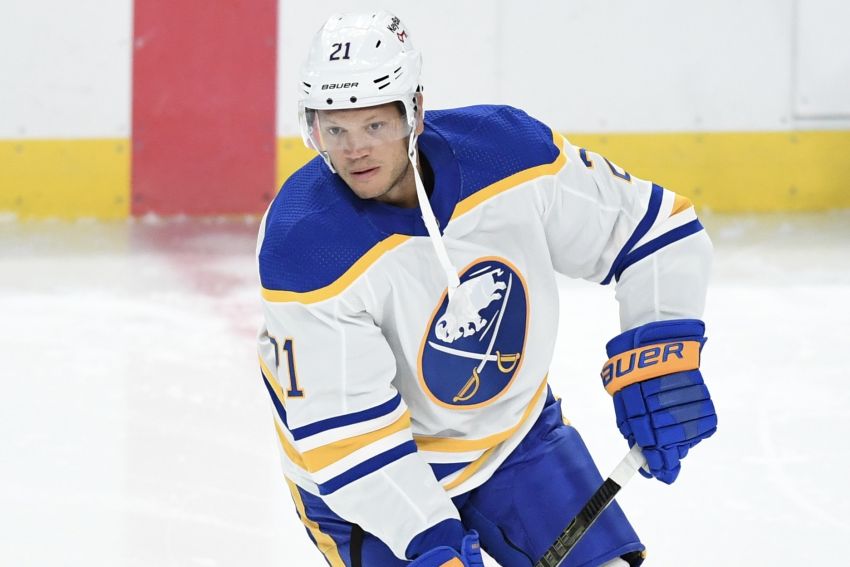 Kyle Okposo is one of three Sabres in the NHL’s COVID-19 protocol. ©2022, Micheline Veluvolu

BUFFALO – Just when the Sabres appeared to be getting over their COVID-19 problems, two players today, winger Kyle Okposo and defenseman Casey Fitzgerald, entered the NHL’s protocol.

“There’s no question this has been ridiculously challenging,” said Sabres coach Don Granato, who received three players back from protocol for this morning’s practice.

Okposo, 33, started practicing before the Sabres yanked him off the KeyBank Center ice when they learned his test results.

“Everything’s a concern right now,” Granato said this afternoon. “It’s crazy times again. It’s happened in games in major league sports. So I think everybody’s trying to do their best to get information as fast as they can. I think everybody’s on overload, especially in that department, with respect to testing.”

Meanwhile, forwards Dylan Cozens, Zemgus Girgensons and Mark Jankowski returned from protocol today and practiced. Before Okposo departed, the Sabres had 16 forwards on the ice.

Right now, in addition to Fitzgerald and Okposo, the Sabres have one other player, defenseman Jacob Bryson, in protocol.

In other news, Granato said defenseman Colin Miller, out the last three games with an undisclosed injury, skated on his own this morning and should practice Tuesday.

Check back later for more updates.