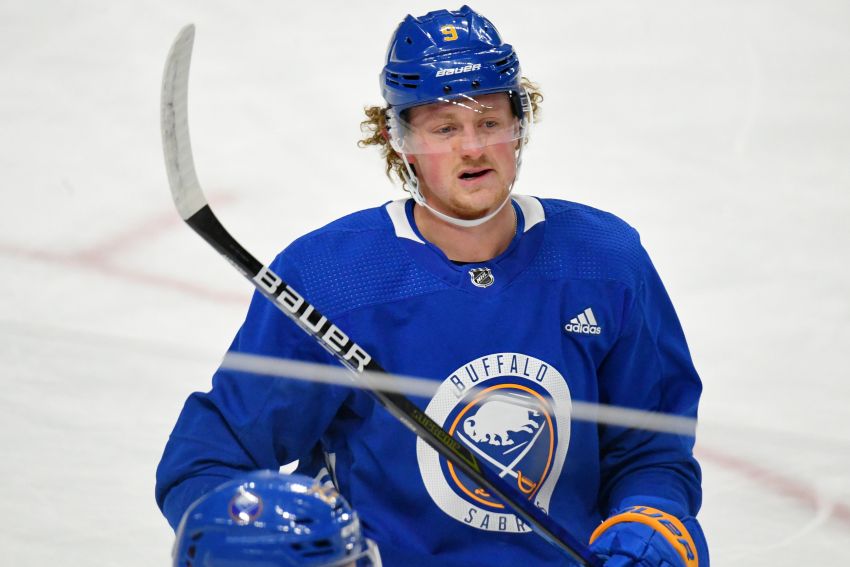 An upper-body injury sidelined Eichel for the first four sessions of training camp. Ullmark, meanwhile, had to quarantine because an immigration issue following his arrival from Sweden.

In addition, winger Victor Olofsson is practicing after suffering an upper-body injury when he crashed into the net Saturday.

In other news, winger Zemgus Girgensons, who suffered a lower-body injury in Monday’s scrimmage, isn’t on the ice today, according to reports from the rink.

– The Sabres announced this morning that prospects Dylan Cozens and Jack Quinn have been added to Buffalo’s camp roster and are expected to join the team in the coming days.

– The also announced this morning that defenseman Ryan Jones, 24, has been added to the roster on a professional tryout agreement.

Jones is expected to practice in the second session today.