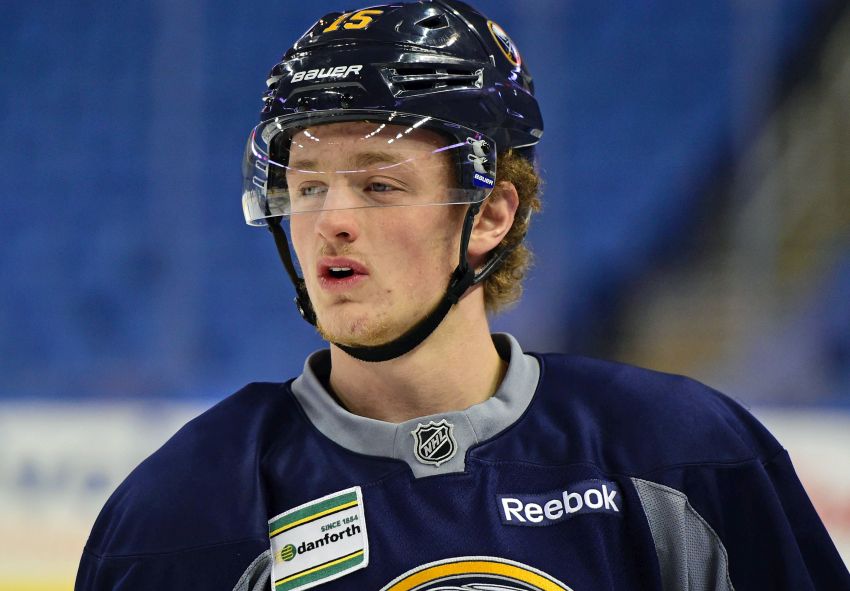 BUFFALO – Jack Eichel can handle the physical part of his high ankle sprain, a notoriously tough injury. The hardest aspect of his recovery, the Sabres center said, will be the mental portion.

Eichel, 19, had never experienced a long-term injury before his leg buckled late in Wednesday’s practice. He said he’s not a patient person, either.

Watching Thursday’s 4-1 season-loss to Montreal inside KeyBank Center was tough for Eichel, a young star fresh off a terrific rookie season.

“You want to be out there so badly,” Eichel said today as his teammates practiced.  “You miss it. You miss going on the road with the guys and spending time with them and being around them every day in the locker room, practicing. That’s probably the hardest part for me.”

Eichel seems to be handling the injury OK. After he wheeled into the dressing room on a scooter sporting a walking boot around his left foot, he was upbeat during his eight-minute chat, occasionally smiling.

“I’ve been out before, but nothing like this,” Eichel said. “More things that are day-to-day. This is more of a wait game with you have to give it time and you really don’t have to rush anything because it’s an injury that can come back to you. Timetable-wise, it’s something you really don’t know.”

Not knowing when he can play again is difficult.

“High ankle sprains are tricky injuries,” Eichel said. “You really just want to let everything heal, just kind of go about the whole process the right way and take it day by day, listen to the trainers, listen to the doctors. Really, it’s a lot about patience and sticking to your game plan.”

He added: “They’ll be days where you can feel great, feel like you can walk on it, you feel like you can put your skate on and go out there,” Eichel said. “But that’s not the case. (You have to) just make sure you’re patient and go on your own timetable. Nobody knows how you feel but you.”

Check back for much more from Eichel later.