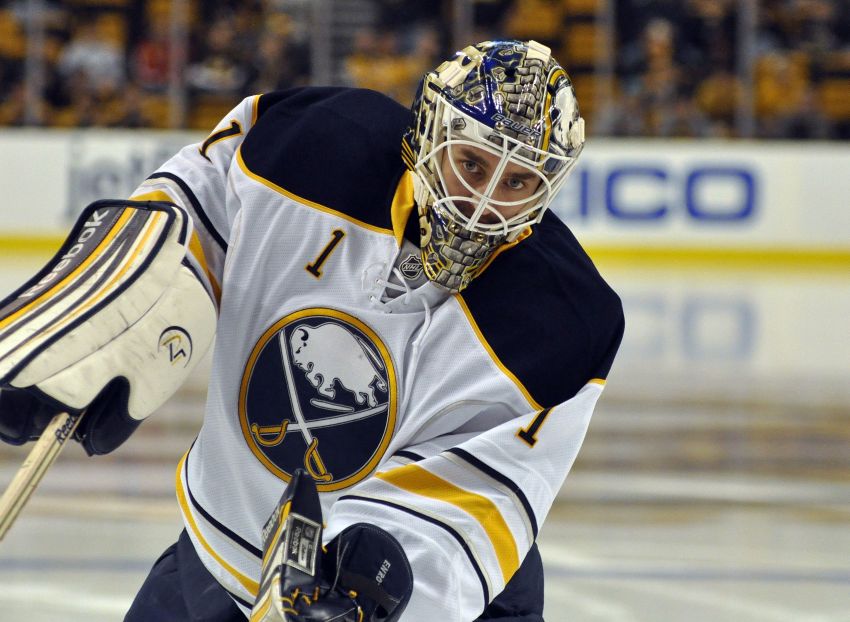 Fans clamored for more appearances from Enroth. They wanted the rookie backup, not established starter Ryan Miller, carrying the load.

Dating back to last season, Enroth had won nine straight decisions by early November, including his first six in 2011-12.

Then, suddenly, the 23-year-old stopped winning – and playing. He started only six of the final 42 games, becoming a spare part.

“Ryan was playing really well down the stretch here the last couple months,” Enroth said Monday inside the First Niagara Center as the Sabres cleaned out their lockers. “I guess you can’t really bench Miller when he’s playing that well. It is what it is. I was hoping for 30 games this year – almost.”

He began his first full NHL campaign scorching, posting dynamic numbers – 1.76 and .942 – in eight games during his winning streak.

Why did Enroth’s play dip so much?

“I don’t know. That’s a tough question,” Enroth said. “I guess over the last (part) of the season we started to have a lot of injuries. That’s probably where I started to lose my confidence a little bit. But I think I had a bunch of good games after that, too. But I didn’t really come away with the wins in those games.”

By the late November, Enroth, normally one of the coolest customers around, began looking frustrated following games. He said he gained much of his confidence back with some solid appearances after Christmas.

Despite the weak finish, Enroth has showcased some qualities of a No. 1 netminder. He’s unsure if he’s reached that level yet, though.

“It’s tough to say,” Enroth said. “I’ve only played 40 NHL games in my career. But I think overall I’ve played against really tough teams, and probably 90 percent of my games were back-to-backs with travel and stuff like that. I think I did a pretty good job.

Riding the bench wasn’t easy for Enroth, who had averaged 58 total games a season since coming to North America in 2008.

It can be difficult preparing for games you likely won’t play, he said. Naturally, more action would help Enroth.

“It is a little bit hard actually,” he said about sitting so often. “But it is what it is. I was kind of ready for it before the season started. So I was kind of expecting it, I guess.”

Sabres winger Thomas Vanek, who slumped badly the second half of the season, refused to make excuses for a terrible three months.

“I got an opinion about my game,” Vanek said Monday. “I thought the first half was good, the second half I couldn’t find my game anymore. That’s my fault.”

The Austrian finished with 26 goals and 61 points in 78 games. Only seven tallies and 21 points came in final 38 contests, however.

It’s believed the 28-year-old was nursing an injury or even injuries. He endured several big hits and missed five games.

Most players finally reveal their ailments after the season ends.

“Some of it is confidence and not getting it done,” he said. “I’ve been in the league a while. I needed to be stronger mentally. I wasn’t. Instead of being one of the guys to get us out of it – which I did try – it just didn’t happen.”

He added: “I feel like I can be a top 25 scorer in this league. I was on that pace, I believe. I dropped off. For me, it’s get back to that level and stay on it all year long, and I think if I can do that, this team’s going to succeed.”