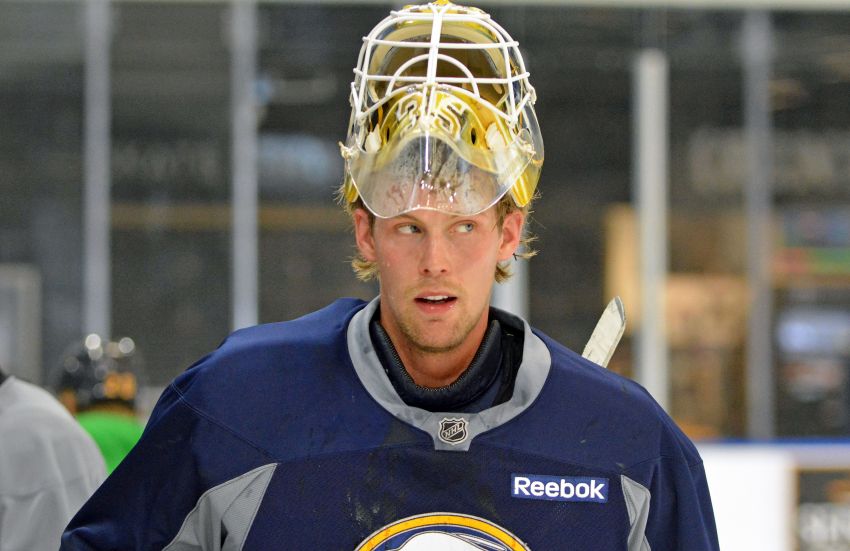 BUFFALO – As an 18-year-old playing for a second-league team in his native Sweden, Sabres goalie Anders Lindback started to experience flu-like symptoms.

“Like a rash, and it just got worse,” Lindback recalled recently inside the First Niagara Center.

Doctors couldn’t figure out Lindback’s problem. Eventually, he was hospitalized for a week.

Lindback was later diagnosed with Adult Still’s Disease, a rare type of arthritis that “features a sore throat, a salmon-colored rash and a high fever that spikes once or twice a day,” according to the Mayo Clinic. Joint pain can develop after the initial signs.

“After that, I got on the right medication finally after like a half year or something,” Lindback said. “Since then I haven’t had symptoms.”

Lindback takes an injection every other day.

“I don’t get anything from taking it, either, because I know there’s a lot of people that have the disease and it comes back and kind of goes in cycles,” he said.