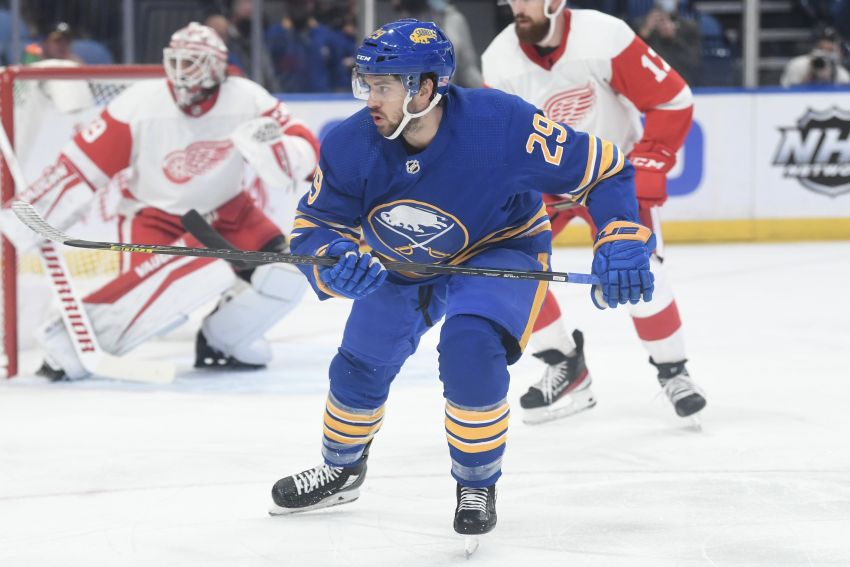 Coach Don Granato said Eakin, who was undergoing X-rays, hasn’t been ruled out of Sunday afternoon’s game against the Los Angeles Kings.

“We will know more in a couple hours,” Granato said of Eakin’s injury.

Meanwhile, Granato said winger Vinnie Hinostroza, out the last 18 games with an ankle injury, is a “probability” for Sunday’s contest at KeyBank Center.

“He looked good in practice, he feels ready to go,” he said.

Girgensons, out 18 of the last 19 games with a lower-body injury, had his first full practice today after participating in Friday’s optional pregame skate.

“Based I on what just watched out there, he’s probably day to day,” Granato said of Girgensons’ status.

Girgensons said the injury, which is related to the hamstring problem that shelved him all of last season, kept getting worse the more he played and practiced.

“The only way to deal with it was to take some time off,” he said.