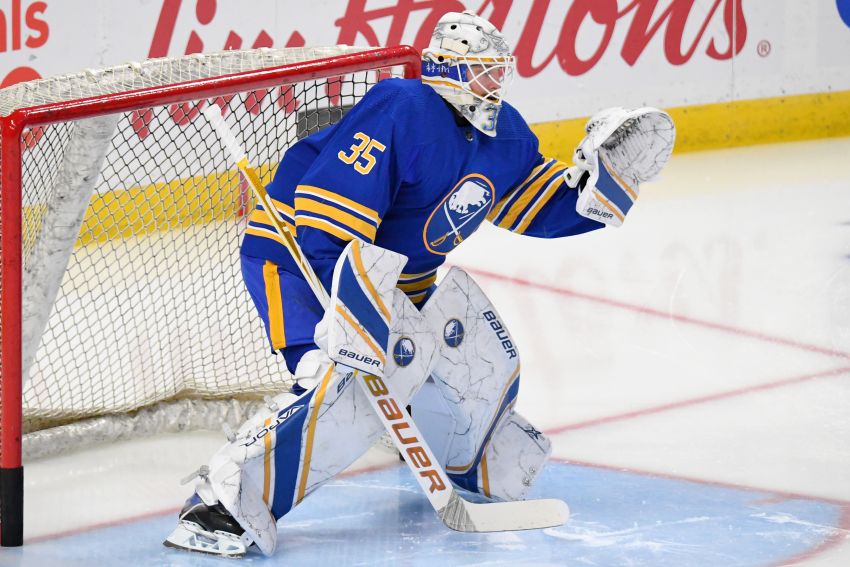 Linus Ullmark has chosen to leave his gig as the Buffalo Sabres’ starting goalie to join the Boston Bruins as a free agent, according to TSN’s Darren Dreger.

The Swede’s departure is a huge loss for the Sabres, who don’t have a replacement in the organization.

Last season, Ullmark was the Sabres’ backbone and MVP, compiling a 9-6-3 record with a 2.63 goals-against average and a .917 save percentage in 20 games for a last-place team that won just 15 of its 56 contests.

Ullmark, who turns 28 on Saturday, might be the Bruins’ new No. 1 goalie. Tuukka Rask, their top netminder for nearly a decade, recently underwent hip surgery and is unsigned.

Earlier today, the Sabres also lost backup Carter Hutton goalie, who signed a one-year contract with the Arizona Coyotes. So the Sabres must find two goalies.

Ullmark graduated to Buffalo in 2018-19, first serving as Hutton’s backup. But over the last two years, he wrestled the starting job away from Hutton, compiling a 26-20-6 record in 54 games.