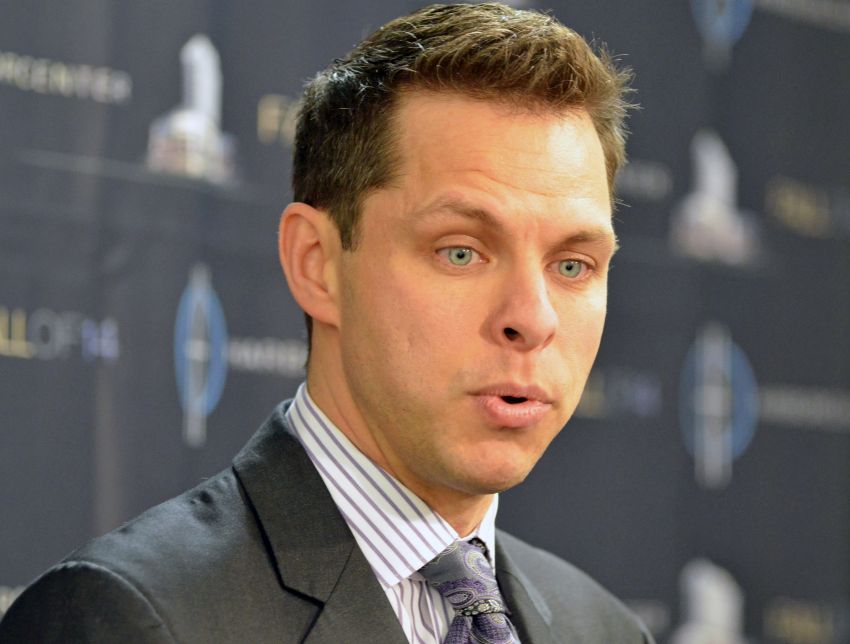 BUFFALO – Martin Biron is coming to a television near you.

The loquacious former Sabres goalie will serve as an analyst on the team’s MSG broadcasts this season, primarily during pregame, intermission and postgame segments with host Brian Duff. He replaces former Sabres winger Brad May.

Biron, 40, will also serve as an in-game color analyst at select times, contribute to the team’s web site and keep appearing on “The Instigators,” a team-produced radio show on WGR.

“I grew up in the Sabres organization and Buffalo has always had a big place in my heart,” Biron said in a statement. “Western New York has been my home since I was 20 years old, and my family and I are thrilled to begin this opportunity with the Sabres. I look forward to continuing to connect with the fans who supported me throughout my playing career.”

Biron will also continue his duties developing goalies at the Academy of Hockey at HarborCenter and with TSN, a Canadian sports network.