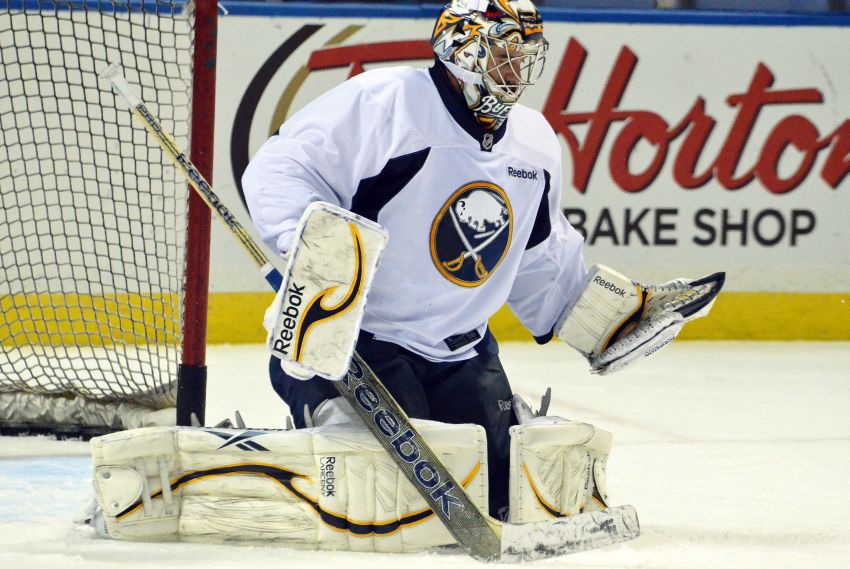 BUFFALO – In his 462-game career, Sabres goalie Ryan Miller has 28 shutouts. That’s one every 16.5 games, or an average of four per full season.

But how many more shutouts could Miller have?

When the Maple Leafs’ Nazem Kadri scored with 1:42 left in the Sabres’ 2-1 win Monday in Toronto, it was the seventh time had Miller lost a shutout with three minutes or less left in the game, according to a local hockey researcher.

Monday was the first time it happened since March 7, 2010, when the Rangers’ Brandon Dubinsky scored with 1:23 remaining in New York.

Miller lost a shutout with three minutes or less remaining three times in 2006-07 and once during the next three seasons.