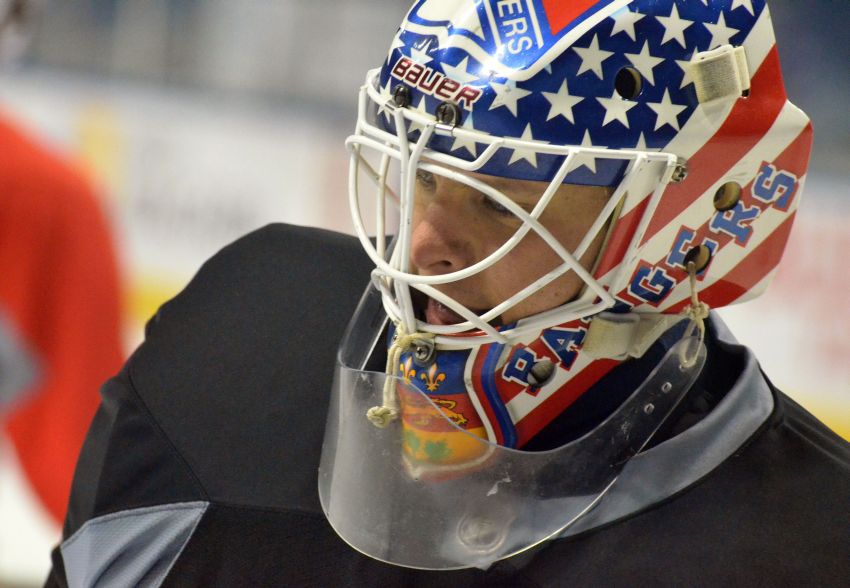 Earlier this month, the loquacious 36-year-old was beginning his 16th NHL season and the fourth as Henrik Lundqvist’s backup with the New York Rangers.

Today, having been waived by the Rangers last week, Biron retired.

“After thinking about it with my family, I’ve decided to retire as a player and move on to a new chapter,” Biron tweeted. “Thank you all for the support.”

After his days as a starter ended, Biron became one of the league’s best No. 2 goalies, winning 22 games and posting strong numbers while subbing for Lundqvist.

But San Jose victimized Biron for five goals during an Oct. 8 relief appearance. Four days later, he was yanked from his start in St. Louis after 40 minutes.

Biron, who had a 7.65 goals-against average and .763 save percentage, never played again.

He could’ve reported to AHL Hartford, although that seemed unlikely.

Biron, whose personality and warmth are legendary, would be a natural for television work.