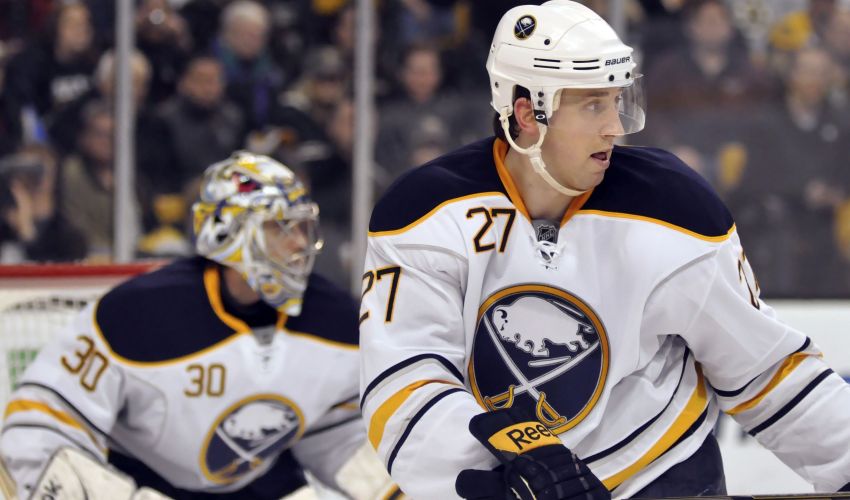 BUFFALO – Former Sabres defenseman Shaone Morrisonn, banished to the AHL Rochester Americans last season as a salary cap casualty, has signed a one-year contract with Spartak Moscow of the KHL, according to Yahoo! Sports.

The 29-year-old would’ve become an unrestricted free agent on July 1.

After inking a two-year, $4.15 million contract, Morrisonn played 62 games with the Sabres during an injury-filled 2010-11 campaign, compiling one goal, five points, 32 penalty minutes and a minus-2 rating. He suffered a concussion in the playoff opener and never played for the team again.

When the Sabres went over the cap spending wildly for defensemen Christian Ehrhoff and Robyn Regehr last offseason, Morrisonn became expendable. He never even played a preseason game in September before getting assigned to Rochester, where he appeared 65 times, his first AHL action since 2004-05.

Five other players from the 2011-12 Amerks – Drew MacIntyre, Michael Ryan, Dennis Persson, Mark Voakes and Paul Szczechura – have already signed deals to play in Europe next season. Persson, a defenseman picked 24th overall in 2006, never played for the Sabres.