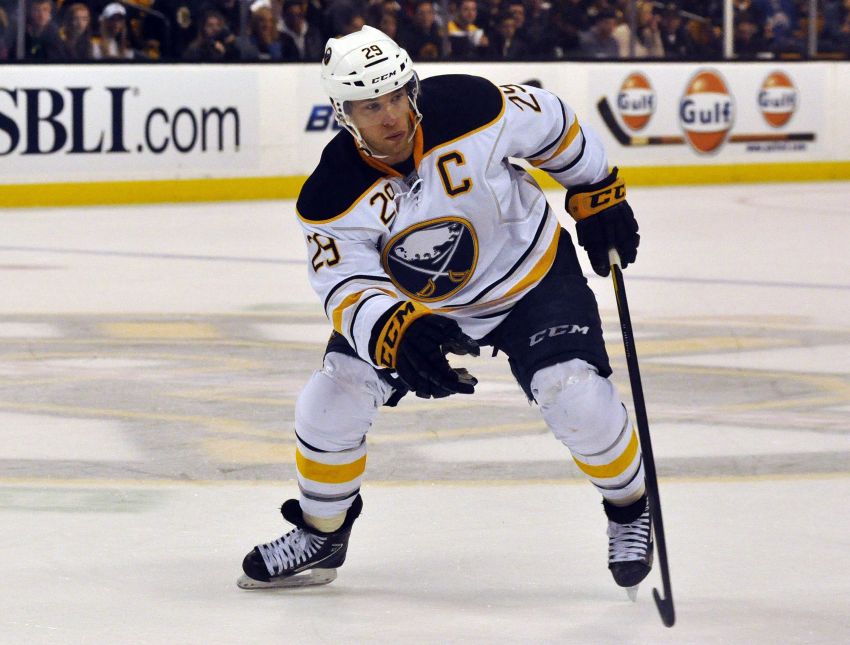 BUFFALO – They became the rebuilding Sabres around 4 p.m. on April 3.

In trading versatile captain Jason Pominville to the Minnesota Wild for draft picks and prospects that day, the Sabres signaled they had given up on the present and started looking to the future.

Six months later, with the former franchise cornerstone returning tonight to the First Niagara Center, the winless Sabres (0-5-1) are a mess, probably the NHL’s worst team.

Another loss and the feeble Sabres, who’ve scored only six goals, will tie their all-time mark for longest winless streak to start the season.

You think the Sabres miss the steady Pominville, a former NHL All-Star and arguably their top all-around player for years?

For Pominville, his first visit as an opponent will be special. The 30-year-old left suddenly after 11 years with the organization.

Now, the winger can finally say his goodbyes.

“The only two people I got to say bye were (Thomas) Vanek, because he was my neighbor and drove me to the airport, and our (equipment manager), Dave Williams, who brought me my equipment,” Pominville, who recently signed a five-year, $28 million extension, told the Minneapolis Star-Tribune. “So it’ll be nice to go back, but it’ll be weird to go in the same door but a different locker room.

“I’ll see the ice from a different angle, I guess. It’ll be fun. Everything happens so fast and I just would really like to see the staff and play in front of those fans again.”

Pominville has one goal in five games this season.