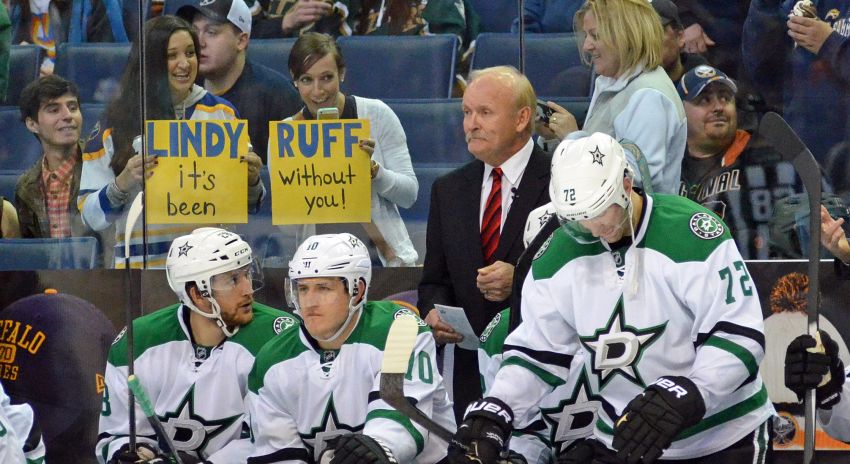 When Lindy Ruff brought his Dallas Stars into Buffalo back on Oct. 28, it evoked a whole lot of memories. Some even felt that bringing a former Sabres coach back to the Buffalo bench would be a fine idea. (Little did anyone know that two weeks later, that very scenario would happen, albeit with a different ex-coach.) As Ruff was waiting for his new team to take the ice for the third period against the Sabres, two young admirers worked their way behind the bench with an expression of their appreciation. If you look closely, you might even see a trace of a smile breaking beneath the familiar blond mustache.