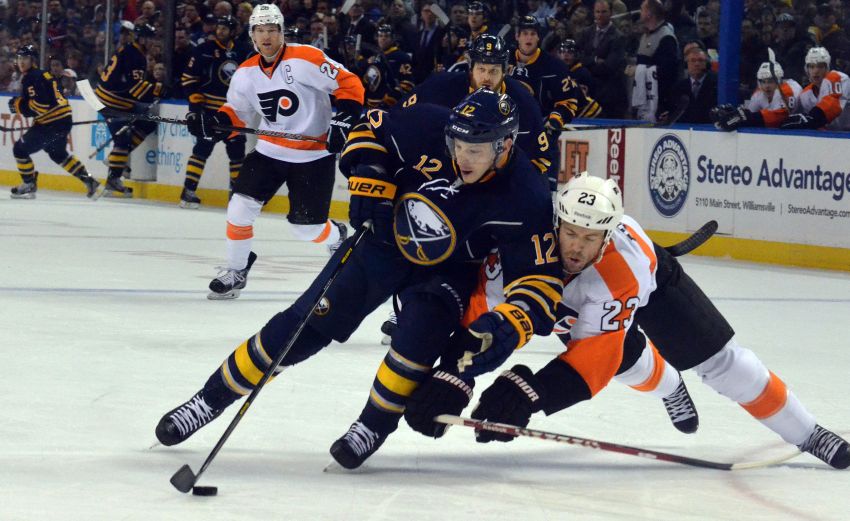 Conveniently, the Rangers come to Buffalo on Friday for a must-see showdown.

Show of hands … who thought the Sabres would still be in the postseason picture a week after their wretched 5-1 home loss to Montreal?

Three straight wins, highlighted by the emotional victory over the Bruins, can change things in a hurry.

Of course, the Sabres’ standing probably looks better than the reality. The Rangers, who host hapless Florida tonight, have two games in hand.

Then there’s ninth-place Winnipeg, which visits Monday. The Jets are tied with the Rangers for points (46) but have played one more game than New York. Still, that’s one fewer game than the Sabres’ 44.

Basically, to nab eighth, the Sabres must run the table in regulation.

Nonetheless, few thought the Sabres would enjoy this position a week ago. Enjoy the finish.